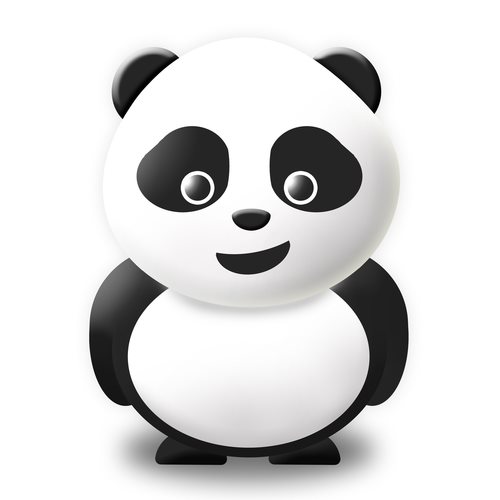 2012 has been a year of incredibly big changes for businesses involved in online marketing, including law firms.  Google Panda and Penguin are two of the code names for two of the biggest changes to how Google, the internet's most used search engine, ranks search engine results.  These changes only affected about 1 website out of every 6—but the shock waves they sent through the marketing community were much bigger.  In this guide, you'll learn everything you need to know about Google Penguin and Panda, including whether your website is affected and what steps you need to take to make yourself Penguin-proof.

Help!  I Don't Know Anything About Google Panda/Penguin.

Don't worry—even if you haven't kept up much with search engine marketing terms and techniques, Google Penguin and Panda are easy enough to understand with some basic explanations.  As marketers got to know what made websites rise higher in search rankings, updates like Google Panda and Penguin became necessary in order to ensure that people weren't getting a leg up on the competition by making websites that were great at attracting search engines but bad at having content people actually wanted to see.

Google Penguin was an update launched on April 24, 2012 that was designed to root out web spam techniques and stop aggressive over optimization of websites.  Having a lot of exact match anchor text and inbound links that come from blog spam can make it so that Penguin is affecting your website.

Only about 3 percent of websites were affected by Penguin.  It's much more likely for a website to have been affected by one of the several versions of Google Panda, released from February 2011 to April 2012.  Panda updates had a major effect on sites called content farms.  These websites often worked by duplicating content found elsewhere on the web, and often had low quality standards.  These sites were lowered in Google's rankings as being irrelevant to users' actual desires for content.

How Do I Know if Google Panda/Penguin is Affecting Me?

If you had a sudden decline in your traffic on or around those dates, it may be that Google identified your website as potentially having thin content without enough real information that consumers might care about.  However, if your website experienced a big reduction on or around April 24-25, 2012, it's very likely that you have been affected by Google Penguin.  You may need to stop using so many exact keyword matches, or stop using inbound links that come from spammy sources.

My Site Is Affected—Is My Practice Doomed?

Some webmasters are still finding out that the changes of the last year are affecting their websites.  Because many smaller firms and solo practitioners contract out any work that needs to be done on their websites, not all attorneys are aware of what marketing techniques were being used by their web marketing contractors and haven't always checked on their own site's performance lately.

If you find that your referrals and calls have vanished because your website was affected by Google Panda or Penguin, you need to get a new web marketing company right away—not fixing the site by now has undoubtedly had significant consequences for your law firm.  However, you should also make sure that this is a lesson to your firm—always monitor what's going on.  Another web marketing firm can help you to re-design your site, get rid of old unwanted links from spam websites, and rebuild what you've lost as a result of Google Penguin or Panda.

Preventing Your Site From Becoming Affected

The best way to make sure that neither Google Penguin nor Panda will affect your website is to make sure that you're building high quality content.  Both Google Penguin and Panda tend to affect websites that use a great deal of bad content and bad links, so as long as your links come from legitimate sources and your content is actually of interest to users, you shouldn't have too much to worry about.

Keeping Up To Date About Google Updates

Of course, no one outside of Google's research laboratories knows exactly what the next Google algorithm update will look like.  That's why it's a good idea to keep track of what's going on with Google search updates—you don't want to be caught off guard when the next Google Panda or Penguin update is made, or another even more sweeping update with a still different codename gets turned on.

When building content that Google Panda and Penguin will consider okay, you want to take into account whether it's actually something that somebody will want to read.  Gramatically incorrect keywords, extensive exact keyword phrasing and links, and so on aren't just optimizing a website.  They're also making it look worse and making it harder for people to read through the content presented there.

The focus of your website in 2013 should always be content-based.  When you ground all of your marketing efforts in quality content, updates like Google Penguin and Panda will rarely, if ever, affect your website.

If some of the most common ways to boost initial site visitors are stopped by Google Panda and Penguin, how can a new legal website make itself successful?  The best ways involve social media.  Social presences like on Twitter and Facebook are ranked quite highly by Google's ranking algorithm, and a good social media presence can lead to getting new clients from referrals as well as direct marketing.