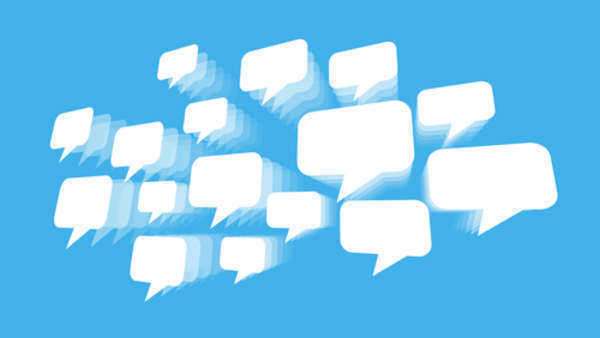 Everything About Internet Viral Marketing For Lawfirms

Originally, “viral marketing” was just word of mouth: people telling each other about a product they liked or a law firm they had a good experience with.  In the internet age, viral marketing has become a multimillion dollar industry built on creating buzz for products and services.  Building loyalty to your brand with social media and viral marketing works: 56 percent of consumers say they are more likely to recommend something after they become a fan of it on Facebook.  This guide will show you how you can implement internet viral marketing strategies for your law firm, and how to make the most out of all of your viral marketing efforts.

Internet Viral Marketing: What Can It Do For My Firm?

Instead of paying for every click that someone makes on one of your advertisements, viral marketing turns other people into conduits for your message.  When you use internet viral marketing effectively, people who see your marketing content will pass it along to other people at no cost to you, simply because they found it engaging, informative, or just funny.

Okay, But What Can't It Do?

Contrary to what some marketing professionals say, viral marketing isn't for everyone, and it can't do everything.  If your firm wants to continue advertising in a very traditional way, broadcasting your slogans instead of socially engaging with visitors on Facebook and Twitter, internet viral marketing might not be the right fit.

You'll also be disappointed if you're looking for immediate results from this type of advertising.  Internet viral marketing, like real viruses, take time to spread out into the population.  You won't see results overnight, and if you need a fast spike to your numbers, you may want to try a different marketing method, like pay per click (PPC) advertising.

If you've never done anything with viral marketing before, it's usually a good idea to have someone who knows how to help with your first campaign.  Talking to a marketing professional can ensure that your internet viral marketing campaign looks like something people will want to read and doesn't violate the terms of service of any of the websites you're planning to implement it on.

The key to making sure that your viral message is distributed widely is having a message not just worth seeing, but that makes people say, “this was so interesting I had to send it to someone!”  Now, of course, the reasons something is interesting can vary.  If your law firm has a good sense of humor, you can try to make a video about the law so funny that people forward it to their friends.  If you want your internet viral marketing to inform rather than entertain, you may want to create a guide or e-book that helps people with some common issue relating to your practice area.

Reacting to the Unexpected

Once you've deployed your internet viral marketing and it's “in the wild,” your control over it diminishes.  You can try to prevent negativity and unexpected events by making sure that your campaign is error-free, but you never know what will happen when people start looking at your content.

Keep in mind that not all unexpected things are bad.  You may find that your content is being circulated to an audience you hadn't considered, or that requests are now being made for your firm to do more content in the same vein.  If this happens, embrace it!  That kind of engagement is exactly what you want internet viral marketing to do for your law firm.  When you respond to content requests promptly and show that you're really listening, people take notice.

But what happens if something goes wrong?  What if it goes very, very wrong?  First of all, don't panic and delete comments that are negative.  Remember that the internet is a big place, and if you exercise that level of control over your internet viral marketing, people will go elsewhere to voice the same concerns.

Instead, listen to the complaint (even if you initially think it's unfair), and try to address it calmly and respectfully.  That kind of move can be considered internet viral marketing all on its own—it's not unheard of for a company's heartfelt apology to be passed on.  Not everyone knows how to effectively defuse a complicated situation, and as a lawyer, your internet viral marketing should show that you can do exactly that.

After All That—Did It Work?

Trying to figure out whether an internet viral marketing campaign was successful can be hard work.  Because it can be so much work, it's tempting to use shortcuts to measure the success of your marketing campaign.  For example, you might think that a particular Facebook image failed because it only garnered five or six “likes,” while another generated thirty.  Looking more closely, though, more discussion may have occurred on one, or the people who saw that image may have been more likely to actually check out your firm's website.

Only you can decide what kind of performance goals your viral marketing campaign should have.  Keep in mind that all of your goals should be geared toward eventually producing more clients, even if it's indirectly through referrals or enhanced brand awareness.  Just creating a buzz isn't enough if that buzz doesn't go anywhere.