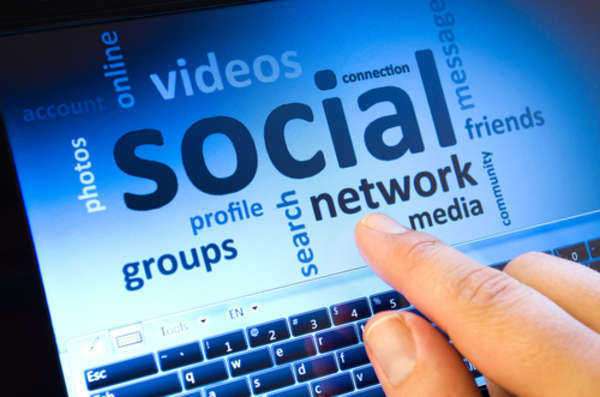 While LinkedIn is the most common social media site for lawyers to have a profile on, Facebook is a close second.  Studies show that 68 percent of attorneys use Facebook at least once in a while.  If your firm wants to get into Facebook viral marketing to get clients, though, it won't necessarily be easy.  People interact with Facebook in very particular ways, and failing to pay attention to the prevailing norms can leave you with a worse reputation than before you got into the social media game.  In this guide, you'll learn four mistakes that a lot of law firms make when they begin Facebook viral marketing, and ways to avoid the mistake and get the clients or referrals you want.

One of the advantages the Facebook platform has over Twitter is that Facebook statuses can be significantly longer.  All the extra room may make you feel comfortable with writing long paragraphs of text, but be careful.  Studies show that Facebook users are much more likely to “Like” or otherwise interact with a post that is substantially shorter than the maximum length.

Remember that your updates aren't the only ones your readers are viewing.  People want to be able to scroll through their Facebook feeds relatively quickly, and if they get bogged down in text, they are likely to just keep moving instead of reading your Facebook viral marketing content.

Try This Instead: Short but Sweet

Keeping your Facebook status updates limited to the same character limit that Twitter uses—140 characters—can help you stay focused on maintaining brief messages that still hit hard.  If you want to link to a blog article, keep the text before your link very short and to the point.

The only time when you might want to have longer text for your Facebook viral marketing campaign is when you have something truly mind-blowing or unique to say.  If you can honestly say that a 250 character message is going to make people scrolling down their feed stop and say “wow,” and that you need that number of characters to convey the message, use it.  Just be aware that you may be losing out on the benefits of Facebook viral marketing if your content is too long too often.

Avoid This Mistake: Broadcasting Your Brand

Law firms that have done a great deal of advertising in the pre-social media days are often reluctant to adapt to the new norms of Facebook and the rest of the social media world.  Many of these firms think they're starting a Facebook viral marketing campaign, when in fact they're just dressing up the same old ad in more internet-savvy clothes.

You should never use a hard sell, or even use your Facebook statuses for directly advising people to contact your law office.  More than anything else, this is the mistake that can make you look like a Facebook viral marketing rookie, and will drive Facebook friends and fans away fast.

Try This Instead: Work on Your Conversation Skills

No one likes the person who spends every moment talking about themselves.  Remember that when your Facebook icon is being seen by viewers, it's being seen among the voices of many individual people—what personality do you want that icon to have?  If you don't want to be seen as self-centered, you need to learn to participate in the conversations that the people you're connected with are having.

When people comment on your status updates and links, keep the conversation going if you can.  You should also try to make at least some of your status updates questions, rather than statements.  People like to be asked what they think, and it's a great Facebook viral marketing strategy to use this kind of question to actually generate more content.  Ask people what they want to see you talk about next, and then follow through and deliver that content.

Avoid This Mistake: The Vanilla Firm—Hold the Vanilla

Horror stories about what happens when companies offend the social media universe abound.  That's why it's no wonder that some firms tone down their personality in an attempt to be all things to all people.  These firms may be trying to be professional, but they end up seeming like vanilla ice cream without the vanilla—a bland, boring glop.

Try This Instead: Spice it Up

You don't have to be boring to maintain your professional reputation.  While it would still be a bad idea to try raunchy or inappropriate Facebook viral marketing, there's nothing wrong with livening up your messages.  People prefer to read posts from people (and law firms) with a great personality.  You need to let yours shine through if you want your Facebook viral marketing to be as successful as it can be.

Avoid This Mistake: Shutting Down Negativity

Uh oh—now you've done it.  You've made a mistake online, a big one, and now an Angry Customer On the Internet is ready to start a nationwide boycott and probably burn your office down, for good measure.  These mistakes can be especially painful because they occur in public, where anyone can see that you did the wrong thing.

Try This Instead: Talk It Out

Keep in mind that as long as you keep someone talking and manage to defuse the situation, it will generally go away very quickly.  Stay polite and upbeat in all communication with negative people on your Facebook page.  An internet mob has a short attention span, and as long as you don't add fuel to the fire with comebacks, defensiveness, or censorship, they'll find something else to be angry about soon enough.