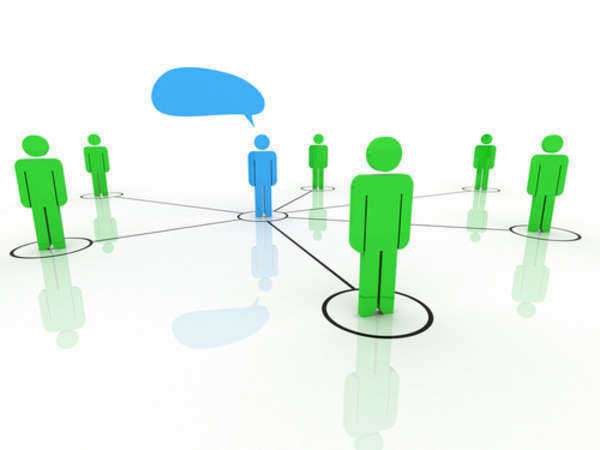 You went to the meetings, you brainstormed, you came up with great strategies for your social media plan in 2013.  The problem is, now that you're implementing the strategies you developed, they don't seem to be working the way you'd hoped.  While huge majorities of law firms are now using social media to some extent, only a very small fraction are getting the most out of their social networking endeavors.  Here are some signs that you may need to trash your current social media plan and start over from scratch.

You've been trying for months, but the only people who will friend your solo practice on Facebook are your Aunt Emma and your college roommate from freshman year.  What gives?  Odds are, if you can't build initial social networking connections, it's for one of two reasons.

The first of these reasons is that your content just isn't good enough for people to start following you.  If you're never posting anything interesting, why would people choose to read your posts?  Start trying to actually inform and entertain with your posts, rather than just advertising your business.  Who wants to read a feed full of ads?  No one, that's who—stick to content that actually helps your audience.

The second reason that you may have a hard time building new social networking connections is that you're not putting sufficient time into talking to others.  You can't just ask people to listen to you without also being willing to listen to them.  By interacting with and befriending others on social networking sites, you make it much more likely that you'll be able to get the kinds of connections you hoped for when you were initially creating your social media strategy.

#2: You Can't Maintain Your Connections

Other firms have a different problem.  They have no issue initially getting social networking connections, but they notice a strange pattern: after someone is connected with them on a social network for a few weeks or months, they tend to disappear again.

This will always happen with some percentage of your followers—perhaps some of them only wanted to follow your firm for a brief time while deciding on who to hire for legal representation, for instance—but if you notice that it's happening more than usual, you may have an issue with posting too much or posting irrelevant content.  Social network users don't want their feeds to be full of your posts—odds are, they'd prefer for your posts to be somewhat infrequent, while reading more posts from their friends and family members.  Keep your posting numbers down and you'll see that people tend to stick with your feed longer.

If you've traditionally advertised with non-social media channels, you may be used to a very particular form of expressing yourself.  Usually, traditional advertising has as its goal expressing the biggest strengths of your law firm to people who are unfamiliar with it.

However, social networking has significantly different aims and goals, which means that you can't use the same techniques and expect the same results.  Social media doesn't want to hear you talk on and on about why your law firm is the best.  Instead, you should show why you're the best—responding to questions, helping people get more information about topics relating to your practice area, and so on.  This kind of activity will go much further toward establishing your credibility in social media spheres than any amount of advertising content.

If you're posting all the time, it's probably going to start turning people off from your feed (see #2).  However, this kind of super-frequent posting is also an indicator that something isn't quite right with your social media strategy.  It suggests a certain degree of aimlessness in figuring out what topics you want to cover.  It may also suggest that you're taking a shotgun approach, unsure of what kinds of topics will interest your readers.  This “throw it against the wall and see what sticks” tactic is more likely to alienate your readers than to find you new ones.

After you've had your social media accounts for some time, it's easy to find yourself bored with them and unsure of what to post.  One post a day becomes a post every other day, which soon becomes two posts a week, then one.  Keep going that way and soon you won't have any social networking connections left—they'll think that you've abandoned the site and that you have no more interest in interacting with other users there.  If you're getting bored with your social media, mix it up!  Figure out a new platform to use or new things to talk about.  Consider joining groups and making comments—anything to get your posting frequency back up and you more excited about the possibilities of social networking for your law firm.

#6: You Spend All Your Time on Social Media

Sometimes social networking websites can start to feel like an incredible timesink.  If you find that you're putting way too much time into social media as compared to your other tasks, you may need to figure out ways to make your strategies more efficient.

Consider using tools including social media dashboards that can help you use your time more efficiently.  You should also consider keeping track of exactly what you're spending time on, so you can see where it is that you're losing productivity and efficiency.

#7: You're Using Strategies From Last Year

It's unfortunate, but your social networking strategies from even a year or two ago might not work today—even if they worked really well back then.  The ways that people use social networks are changing, as are the networks themselves.

Keep up to date about the latest ways to use social media websites, and you'll have strategies that work today, not ones that worked six months ago.  When you search for social media ideas on Google or other search engines, consider limiting your search for tips to just the last month or two.  These tips will be fresher and more helpful than older ones.