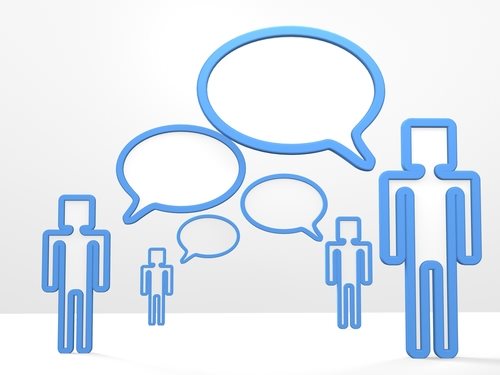 If your law firm, like nearly half of firms today, has a Twitter account, you want to get as many followers as you can.  While there is no sure way to get many Twitter followers all at once, there are some ways to increase the chances that your follower count will be on a steady upswing.  In this guide, we'll look at how to make yourself more visible on Twitter without damaging the reputation of your law firm's brand.

Step 1: Be Yourself—And Don't Let Anyone Else Be You

One of the biggest mistakes that some law firms make when they start a Twitter account is putting it all into someone else's hands.  While it can seem tempting to let an outside firm do all the hard work of your social media postings, the truth is that only you will really be able to sound like you.  When you look at many of the social media accounts generated by legal marketing firms, you'll find that many of these posts go out all at the same time, every day, and are more oriented toward spam keywords than they are toward the brand messages that your firm wants to project.

The best way to make sure that you're putting your best foot forward is to have a Twitter account that is run in-house.  Use your common sense when deciding who to put onto the Twitter account—pick someone who's at the office consistently, who is loyal to your firm, and who can be trusted not to say anything rash or unreasonable.  You should also make sure that you're using secure passwords and accounts, so that no one can imitate you and cause a major faux pas for your firm through their impersonation.

While it can be tempting to simply purchase Twitter followers, the truth is that this method is ultimately futile for Twitter users who do it in an attempt to gain real followers and clicks on their links.  Why?  Because all the accounts whose friendship you're purchasing don't really belong to real people with real connections—they're all spambots whose biggest contribution to your firm will be a single digit in your Twitter follower numbers.

Organically developing your audience is, in the end, a more constructive use of your time than seeing how many accounts you can get to follow yours.  Having spam followers doesn't make your firm look like it's full of popular people, it makes it look like you're desperate and taking desperate measures.

It's important not to just use links from other people when you're posting to your Twitter account.  If all you're doing is posting links about topics relating to the law, and you're just keeping the headline from the original news story, you're just doing the same thing as many other accounts.  There's no particular reason for someone to subscribe to your Twitter account if you're not making anything new.  Even if all that is new is a great, eye-catching headline, you can often snag followers.

You should also make sure that you're posting some content from your own website, generating needed backlinks that will help your search engine performance over time.  You may want to link to blog entries or a repost of press that your law firm has recently received.

While it's good to have your own content, it's rude to have a Twitter account just to toot your own horn.  If you really want to maintain good relationships with the people who follow you on Twitter, you should be reposting their content from time to time and engaging with them by posting their links with a little blurb of your own.

By showing others that you're willing to repost their content, you'll ensure that they become more willing to repost what you have to say.  It's critical to maintain this kind of give and take in social media environments, because otherwise people will think that your social networking is done exclusively for personal gain without any thought for other people—even those closely connected to you through social networks.

Step 5: Respond and Engage in Dialogue

In addition to retweeting content that is created by people whose Twitter accounts you follow, you should also consider commenting on their tweets from time to time, allowing yourself to engage in real dialogues with friends, acquaintances, and professional networking connections.  Don't be stilted when you respond to tweets—maintain a pleasant and conversational tone.  If you decide to use humor, make sure that it's the kind of humor that transmits well over the internet.  Keep in mind that sarcasm may be easy to misinterpret, so you may want to stay away if you want to avoid misunderstandings.

When you create content for your blog or website, once you've got Twitter followers, you should be making that content with virality in mind.  Viral friendly content should inspire people to share—whether it's by being educational, funny, or just by being different from anything that anybody has ever seen.

Ideally, viral content won't take much more than just a quick initial push.  If you're having to re-introduce the content several times and it doesn't seem to be taking off, don't keep trying the same thing over and over again.  Admit to yourself that the content isn't turning out as planned, and create new content instead of engaging in futile attempts to force the old content into virality.

If you want to be building your number of real Twitter followers, you should be keeping track not only of what's trending on Twitter, but why those trends are happening.  By understanding what media Twitter users are viewing and talking about, for instance, you can have a pop culture tie-in post that uses common trending keywords and brings people to your blog or website.