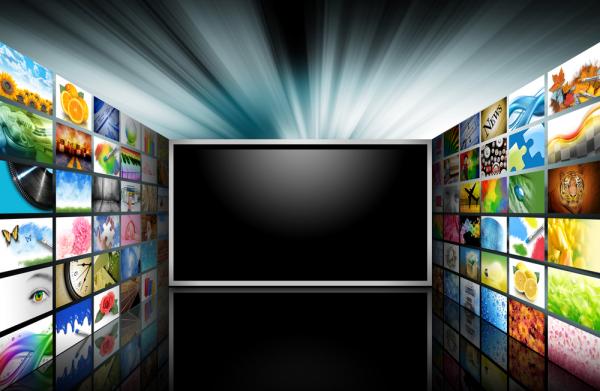 When creating a video cast for lawyers, professional video companies tend to mainly let the attorneys make their own decisions about how to portray themselves.  This, unfortunately, leads to a lot of very bad video cast marketing from attorneys.  A good video cast for lawyers can be one of the best marketing tools in your arsenal, boosting conversion rates up to 200 percent.  To do the best video cast marketing possible, keep the following do's and don'ts in mind—they'll help to keep you on track when you're making choices about how to present yourself and your law firm.

DO Put Your Best Face Forward

If there are several attorneys at your firm, consider carefully which of them you want representing you when you make a video cast for lawyers.  If all of your attorneys are equally good at talking to clients and are photogenic, you may want to consider having several different lawyers represented in your video cast marketing.  However, if some of your attorneys work best “behind the scenes,” so to speak, don't make the mistake of making them the face of your firm!

Picking the best representatives of your firm means being receptive to what your clients want.  If you're working in an area that brings in a large number of Spanish-speaking clients, for instance, you may want to make a video cast for lawyers that is in English, and another in Spanish.  Having both men and women represent your firm in video cast marketing makes you look more progressive and more relateable for women clients.

DON'T Make Videos Too Long or Too Short

If you make a video cast for lawyers that is only thirty seconds long, what can you really communicate?  It takes time to get a point across to an audience, and if your video is less than a minute long you won't be able to do very powerful video cast marketing.  At the same time, the number of people willing to tune in for the entire duration of a half hour video is relatively low.  Generally, you should try to keep your video cast for lawyers to approximately 2-7 minutes, with more complicated topics receiving times on the higher end of this scale.

DO Keep Your Audience In Mind

If you're making a video cast for lawyers and expect only other attorneys to watch it, it's fine to use a certain amount of legal jargon.  But if your video cast marketing is primarily consumer focused, you need to make sure to use consumer friendly vocabulary.  If consumers aren't able to understand what you're saying, they'll turn off your video and find another that answers their questions in a way that's easier for them to comprehend.

Try to keep your points simple and well organized.  If you want, you can even put a link to a small page of notes in the description of your video.  This lets people print out the notes and keep them for later perusal.  If you're making a video cast for lawyers, you should make sure not to talk down to them in any way or make them feel like you're addressing consumers.  Try to make sure that you're engaging in a way that speaks well of your professionalism and the professionalism of your firm as a whole.

Does anybody really enjoy watching television ads for lawyers?  No?  Then why would anyone want to watch a video cast for lawyers that looks exactly the same?  Even though video cast marketing is a form of advertising, that doesn't mean it should look just like another boring attorney ad.  Try to make your video cast for lawyers really interesting, in a way that makes people not just want to watch, but also to share with their friends.  When people share your video, it creates viral buzz that can get you new clients from places you never expected.

DO Use Humor In Your Video Cast Marketing

What makes a video cast for lawyers memorable?  Humor is a great strategy, if you use it well.  People don't usually think of attorneys as being particularly funny, but if you have a great sense of humor about your profession you can use it well in your video cast marketing. For example, let's say you're doing a video cast for lawyers that shows some do's and don'ts about how to behave and what to tell a police officer during a traffic stop.  You can make some of the “don'ts” funny or a bit over the top in a way that will make the video more easy to remember for viewers.

Using humor can even be useful when you're talking to other attorneys.  Every year, legal blog Above the Law has a parody video competition for law school students, and that competition makes it so that parody law music videos get searched for on Youtube—and that means yours can go viral if it's funny enough.

However, there are several ways that using humor can backfire in a video cast for lawyers.  If you're using humor inappropriately—for instance, if you make use of any offensive stereotypes that catch the attention of the web in a negative way—you're going to see a very different result than if you had used humor successfully.  As a professional, you do not want to your firm become known as the firm that went viral for doing something shocking on Youtube.

You don't have to shock to be funny and genuine.  Just plan your material well in advance and make sure that it's actually working first.  Ask people who you know will give you an honest critique before you premier that legal sketch show idea you've been thinking of.  The best comedians are the ones who can revise their material for the better after they realize a joke isn't playing like they'd hoped.