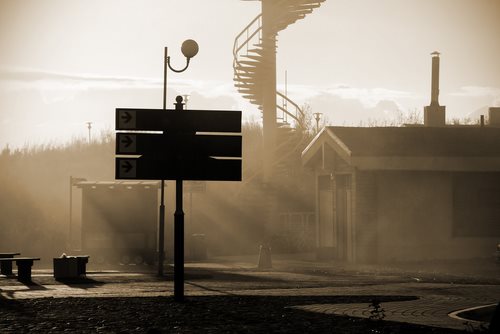 The hit TV series Boardwalk Empire is set in the Prohibition Era of the 1920s, but the lessons that it teaches about leadership and entrepreneurship are timeless.  Nucky Thompson, the boss gangster of the series, has successes and failures that are directly attributable to following or failing to follow points of advice that are just as true for law firms—whether fledgling or well-established—as they are for bootleggers and mob bosses.

#1: Opportunities Can Come From Problems

In the opening scene of Boardwalk Empire, celebrants gather to celebrate a new year that will be different from any that came before, because with New Year's Day comes Prohibition.  While many American companies were put out of business by Prohibition, the series follows people who are celebrating because they know that the law will end up making Atlantic City—with all its attendant vices—more attractive than ever to tourists and more profitable than ever for its business owners.

Legal practices can take advantage of opportunities created by problems, as well.  Any time a new law or situation disadvantages a group of people, that group has just become a market for legal services.  For example, when the economy started having problems, real estate lawyers suddenly had much less business—but there were many more bankruptcy filings.

One of the biggest lessons of Boardwalk Empire is that everyone is human, and that even the biggest bosses can be laid low.  Large firms would do well to take this lesson into consideration, especially if those firms are consumer oriented.  Today's consumers are often seeking legal information online and using discount practitioners instead of becoming clients of older and more respected firms.

By the same token, newer law firms should also keep in mind that by offering something new and different, you may in time be able to upset even the biggest players in your local market.  The sky is the limit, especially in a new era of legal services where technology is playing a bigger and bigger role in marketing and advertising.

In Boardwalk Empire, turf matters, and the local area right around where you're from is always your home base.  Too many attorneys try hard to market their firm in too wide a radius, even when the vast majority of their client base comes from within just a few miles of their firm's office location.

It's important to understand not just the city you're in, but even your own neighborhood when it comes time to advertising and marketing locally.  Using the demographics of your neighborhood can help you decide on marketing strategies and ways to target.  From there, you can use A/B testing—something more advanced than Nucky Thompson and his crew ever had—to figure out which of your strategies is giving you the best name recognition on your home turf.

#4: Make Connections In Other Organizations

One of the most valuable things that Nucky Thompson has is ability to connect with people who are different from him and belong to different organizations—even rival ones.  Having this ability to talk to people, even people you don't like, will get your law firm a long way in an ultra-competitive market.  Many legal clients today still come not from web searches, but from referrals made by other attorneys.  When you make connections with other law firms in your area, putting aside petty rivalries and extending a hand in friendship, you're really investing in the future.

#5: Know How Far You're Willing to Go

Nucky Thompson says toward the beginning of Boardwalk Empire that everyone has to decide for themselves how much sin they're willing to live with.  For attorneys, that means that you need to know how far your firm will go and what you're willing to do in order to represent clients.  Are there some types of cases you just don't feel morally right taking?  If so, know that, and make that a proud part of your firm rather than trying to hide it or be ashamed of it.
Law firm partners need to make these parts of your ethical commitments clear to your attorneys and other staff members.  If you have ten attorneys with ten different ethical codes and standards, you're going to end up having significant conflicts.  Make your priorities clear to all personnel, and bring them into any new decisions.

In the most recent season of Boardwalk Empire, Atlantic City was turned upside down by a massive gang war.  While the dirty and violent tactics of the gang war have changed a few fortunes, overall it's important to note that every organization involved in the gang war has lost men and merchandise.

If you realize that you and competitors are starting to have a real rivalry, try to see if there's any way to patch it up instead.  It can be hard to predict how a pitched battle will turn out, and it can be better to resolve differences before they start cutting into everybody's business.

In the world of Boardwalk Empire, the moment people stop trusting you is the moment you stop being a valuable asset to the organization.  The same is true in law firms.  If there are personnel in your firm that you simply don't feel can be trusted to keep your reputation intact, you shouldn't whack 'em, but you might want to give them fair severance instead.

In order to make sure that your reputation is the best that it can be, show your firm to be trustworthy in all its dealings.  Don't take work on that you're not equipped to handle, and don't overpromise to your clients in an effort to seem like you're more on top of things than you actually are.  Your reputation is your life as an attorney, and you should never squander it for a few short-term gains.