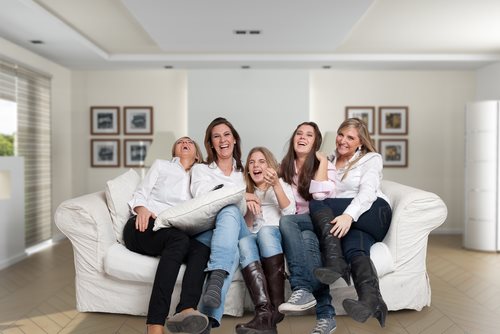 One of the most critically acclaimed fan favorite series of all time, Arrested Development recently came out of a several year hiatus for a brand new season.  The adventures of the chronically legally challenged Bluth family may even be continuing for a fifth season.  What can law firm marketers learn from the characters on Arrested Development?  We're glad you asked.  Here are lessons gathered from each of the show's main characters.

Michael, the protagonist of Arrested Development, tends to make mistakes because he makes assumptions that lead to misunderstandings, and when a misunderstanding occurs, he tries to save face by perpetuating it, rather than clearing it up right away.

Misunderstandings and communication problems happen.  The most important thing to remember is that when you realize someone is operating under an incorrect assumption, you should correct that assumption right away instead of letting them continue to live in blissful ignorance.  Michael's failure to clarify and really learn what people are talking about—and his failure to listen to people when they're telling him things that he would prefer not to hear—are what lead to most of his problems in the show.  Attorneys who ignore things they don't want to hear will quickly find themselves running into financial and/or ethical problems.

For Maeby Funke, daughter of Tobias and Lindsay, is an accomplished liar—like much of her family—but is in many ways smarter than the rest of them.  Because of this, she is able to parlay her lies further, and becomes a successful film executive before she has even graduated from high school.  However, Maeby lives a life that is extremely stressful, because she's always having to lie to most of the people in her life and never is really able to let anyone in.  What's more, telling just one lie never works: you have to tell more and more just to back up the initial lie.

Maeby's lesson to lawyers is simple: once you start lying, it's very tough to stop, so it's much better to simply be honest in the first place.  It's very hard to keep people believing all of your lies forever, and for attorneys, the consequences can be much more dire than for precocious teenage girls in film studios.

#3: Tobias's Lesson: Know What You Sound Like to the Outside World

One of Arrested Development's biggest running gags involves Tobias Funke, Lindsay's husband, being flamboyantly gay but unwilling to admit it to anyone—including himself.  However, he continually outs himself through puns and double entendres that become increasingly outrageous and comical.  At one point, Michael suggests that he start recording himself with a tape recorder just so he can tell how he sounds.

Many people act in denial of how the outside world perceives them.  However, denial won't change the perception, only your reaction to it.  In order to change how people perceive you, you need to change your behavior, and that means taking a hard, honest look at how you come off to others.

#4: Lindsay's Lesson: Be Authentic With Your Charity Activities

Lindsay Bluth, Michael's sister, is constantly involved in charitable activities.  However, her charity functions are just to show off, rather than being something she wants to involve herself in for the sake of the charity itself.  In the same way, some law firms involve themselves with charitable activities that aren't really things they believe in, just because they've heard that working for charity is a good way to market legal services.

Don't be a Lindsay: make sure that you're authentically involved in charitable activities.  Keep in mind that there are charities for a huge range of causes, and that you don't have to attach yourself to a cause you don't feel strongly about.

#5: George Michael's Lesson: Know How to Be Yourself

George Michael, Michael's son, has many awkward moments because he's too afraid of disappointing other people to really show them who he is.  He wants to please everyone so much that he forgets that he's allowed to have an opinion and personality of his own.  New attorneys are vulnerable to this, trying to be all things to all people in order to build up a client base.  While this might seem like the best way to get clients at first, it quickly becomes exhausting to try to contort yourself into the form others wish you had.  Don't be like George Michael: have enough confidence in yourself to show your clients who you are and what you value.

#6: Lucille and Buster's Lesson: Know When Times Have Changed

Lucille, Michael's mother, and Buster, his younger brother, are both stuck acting like the past has never changed.  Buster won't grow up and leave the family nest because he's too attached to his mother, and Lucille keeps spending the family's money as if they are still in a time of plenty, rather than having major legal difficulties.  Partners in law firms need to be realistic: if times have changed and your firm can no longer afford things it used to take for granted, it may be time for downsizing.  Boom times don't last forever, and you can't afford to bury your head in the sand.

George Oscar Bluth, or G.O.B., Michael's older brother, makes huge mistakes—often.  Unlike many of the show's other characters, though, G.O.B. knows to confess his mistakes and knows that he isn't smart enough to correct them all on his own.  In the same way, when lawyers make a mistake that can't be fixed easily—or even one that can—they need to talk about it with their clients and other people in their law firm.  Everybody makes mistakes, but compounding them by trying to deny them and cover them up will only lead to more problems in the long run.

#8: George Sr.'s Lesson: Know When To Turn Down Work

George Sr., Michael's father, is in trouble for a host of illegal activities, including “light treason” when he builds houses for the Iraqi government.  The Bluths run a construction company—they'd have been much smarter to have turned down the development in Iraq in favor of continuing less risky developments back at home.  Attorneys need to think about work that they accept and the clients they take.  Not all clients are worth it, not all cases will be profitable, and every lawyer needs to think about whether the business they're taking will be a net gain to their firm over the long term, with all consequences considered.