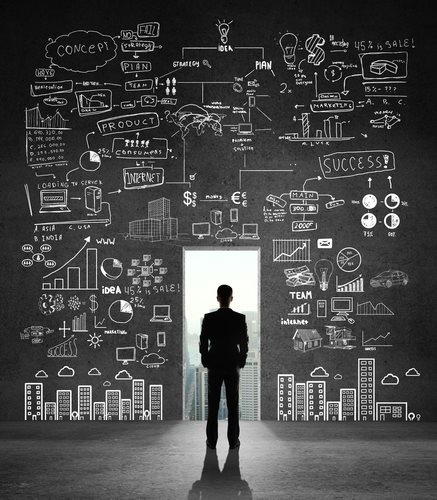 We've all said things we wish we could take back, and we've all made mistakes.  Unfortunately, on the internet, those mistakes can stick.  When you've messed up online, you need to get fast help to make sure that you're making the problem better, not worse.  Many of the ways that companies respond to criticisms online are not productive and could actually damage your firm's reputation over the long run.  In this guide, we'll look at the importance of damage control, and several methods that will make it easier for you next time you stick your foot in your mouth.

There are two big timing mistakes that companies tend to make when they've committed an online faux pas.  If you tend to be avoidant, it's easy to try to avoid the reality of an unfortunate mistake for so long that it blows up much bigger than it needed to.  Don't compound a mistake by being slow to address it, or by burying your head in the sand in hopes that it will all go away.  Confront the mistake and really look at what the best damage control message will be for your firm.

However, some law firms can make the opposite mistake by being impulsive and making a move too fast.  If you know you screwed up, own up to it, but keep in mind that sometimes, issues might be so minor that people are ready to move on practically as fast as they latched onto the issue in the first place.  Doing extensive damage control in these situations is simply unnecessary.

The “Streisand Effect” was named for an incident in which Barbra Streisand tried so hard to have people not talk about her in a critical way that her efforts themselves became the object of public ridicule.  Trying to hide something that you've done wrong, or trying to silence critics, will almost always have a negative effect on your overall bottom line.  Don't try to tell people what they can and can't say about you—they'll say it anyhow, because it's a great big internet out there.  You're much better off politely addressing criticisms, however rude they may be.

No, not that “s” word—the other one.  “Sorry.”  Sometimes, a well-placed mea culpa, when it's sincere and coming from a place of reconciliation, not spite, can be the best way to avoid additional problems with an angry former client or business associate.  Some attorneys are reluctant to apologize, perhaps because of the times when apologizing can put people into legal trouble.  However, you need to remember that “sorry” isn't a dirty word, and that for the non-lawyers in the populace, it's much more likely to result in the other person relaxing than it is to result in them attacking you even more.

If all you did was say something slightly insensitive, an apology will probably cover the faux pas.  If you did something substantially worse, apologies may not cut it—you need to work on making it right.  What making it right will mean in your particular case will depend on the circumstances.  It could be anything from making a charitable donation to reducing a client's bill to sending a small apology gift.  Keep the person's personality in mind as well as the extent of the original damage when trying to apologize—you don't want to insult someone who could continue to be a referral source or a client in the future.

#5: Remember: The Internet's Memory is Short

Even if it seems like you can't do enough damage control and everyone is talking about your firm in a negative light, don't despair too much.  Keep in mind that people online usually spend just a little while being angry about one issue, then move on to the next big thing.  It's very rare for people to continue latching on to a single piece of negative publicity.  Sometimes, by just riding out the storm, you'll be able to preserve your firm's reputation without doing much at all.

If this is your chosen method, stick to it.  Don't go engaging your critics in repeated debates—that will only inflame their passions and make them substantially more likely to continue criticizing you.  The internet's hate machine eventually runs out of steam—you can pull through if you just keep on doing good work.

Software and consultants exist that can help your firm understand its current reputation and what to do to improve it.  If you've recently suffered from a major blow due to a public relations problem, you may want to hire reputation management consultants to help you get back on your feet.  These consultants can help you by looking at the specifics of your situation and giving you specific recommendations about how to proceed in order to begin the process of regaining the reputation you once had.

If your reputation is worrying you even before there has been a specific faux pas committed, reputation management software can help you keep an eye on what people are saying about you.  This will also ensure that you're finding out about mistakes as soon as people notice them—rather than hearing about them third or fourth-hand through the grapevine.

It's not enough to just make sure that you've appropriately apologized and moved on from a mistake in the present.  In order to ensure that people can trust you, you should make sure that you create an action plan based on preventing similar mistakes from happening in the future.  Maybe from now on, you'll want to make sure that social media updates or website revisions go through two or three sets of eyes before being posted.  Perhaps your firm will no longer discuss things related to a particular topic online.

Whatever your solution is, implement it, inform all firm staff about it, and stick to it.  Almost anyone can make a mistake once, but making the same mistake twice is the sign of a sloppy firm—not the kind of reputation that you want to have in the super-competitive 21st century legal services market.