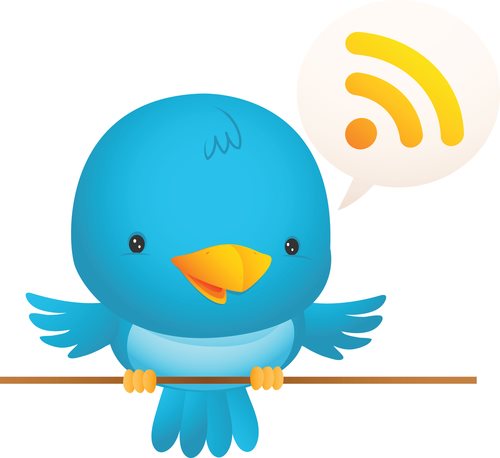 If your law firm doesn't have a Twitter presence yet, you need one: statistics show that the percentage of online adults who use Twitter every day has doubled for each of the last two years.  Twitter users aren't just typical web users—they tend to use mobile phones (especially smartphones) more often, and they are often linked to a large number of social media networks and websites.  This guide will teach you how to use Twitter viral marketing to maximize the return on investment you get from having a Twitter account.

What Not to Do: Everything About Our Company in 140 Characters!

When law firms first start out on Twitter, they often try to use the kinds of marketing tactics that worked before.  However, Twitter's 140 character limit makes it hard to express the same kinds of ideas that might have seemed fairly easy to talk about on other social media sites.

No matter how tempting it is, you should never try to start a Twitter viral marketing campaign based on information-heavy tweets with a lot of abbreviations.  You may think that you're packing in as much content as possible, but when people see your tweets, they won't think about sharing—they'll just skim over them and skip right to something that's written more clearly and concisely.

Try This Instead: Make the Message Fit the Medium

Don't fight with the 140 character limit in your Twitter viral marketing—make it part of your strategy.  Studies show that people are most likely to retweet posts that are 100 characters long or less.  Avoid using any kind of abbreviations in your Twitter post.  These can take longer to read and are more likely to be skimmed over.

What Not to Do: Flooding the Stream

If a little bit of Twitter viral marketing makes a little positive change for your firm's website and bottom line, a lot should do even more, right?  Not so fast!  When people see too many tweets from a single person or company, they tend to disengage rather than becoming more interested.  Too much of a good thing will make your law firm seem like spammers, rather than helpful professionals.

If you're feeling like you have to send a huge number of tweets to get your message across, consider whether the message you're trying to send is really well designed for Twitter viral marketing.  You may want to use other venues to try to communicate more long-form thoughts, with just a very quick headline and link to the content as a tweet instead.

Try This Instead: Posting in a Steady Trickle

Tweets a few times a day will be much better received by your followers, and won't result in people no longer following you due to concerns about being spammed.  Try to make sure that you're tweeting at many different times of day, rather than consistently posting your tweets at specific times.  People have wildly different Twitter habits, and in order to get the most out of your Twitter viral marketing, you'll want to make sure people are seeing your posts in the stream no matter when they go online.

What Not to Do: Our Corporate Logo in Chief

If you've looked around at your competitors' Twitter accounts, some of them may have a corporate logo as their icon.  Think about it: does that really make you feel like a person is running the account, or like it's being run as an advertisement?  People don't want to be blatantly advertised to on Twitter, and having your company's logo instead of a real person sends a clear message: this is a corporate account designed to feed a corporate bottom line.

Try This Instead: Human Voices for Your Company

More successful Twitter viral marketing can be done when a Twitter account is authored by one person, with a unique point of view.  You should be transparent about who is running your firm's Twitter account, and make that person someone with enough enthusiasm, insight, and intelligence that they can develop great content consistently.  This may be a professional Twitter viral marketing guru hired by your firm, or it may be someone already on your staff.

Don't have someone substitute for your usual Twitter contributor unless they say they're doing so.  Transparency is absolutely necessary for successful Twitter viral marketing.  If you're seen as a company that likes to hide things or that lies about its web presence, your reputation will suffer.  Having a legal secretary post under a lawyer's name may seem like a cost savings, but it's likely to reflect badly on your firm if it gets found out.

What Not to Do: Hog the Spotlight

No one likes a Twitter user who just exists to broadcast his or her thoughts without responding to other people's.  If your idea of Twitter viral marketing just involves making tweets and getting followers, you haven't really done your homework about what the platform is typically used for.  One of the most common mistakes companies make when trying to advertise on Twitter is trying to make it into a bullhorn, rather than a round table for discussion.

Getting the most out of Twitter viral marketing means getting involved in conversations, even the ones that aren't directly about your firm.  Try answering other people's questions, re-tweeting the things other people have said, or even talking about another law firm (especially if the law firm isn't in competition with you directly due to geography or having different specialties).

Showing people that you care about more than just talking about yourself makes your law firm look like a better internet citizen.  You'll maximize the return on your Twitter viral marketing when people don't just expect it to look like a rundown of your corporate slogans or a record of your successes in court.  Name-dropping other firms can be useful in the future when they decide to use the same technique to drop your firm's name in their tweets.  This kind of reciprocity is common in Twitter viral marketing, and you should build goodwill with other firms in your area and beyond to encourage it.