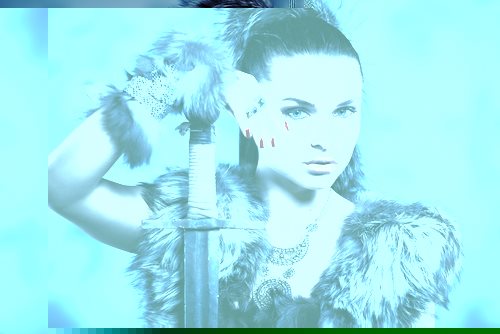 6 Lessons for Law Firms from Game of Thrones

What can law firms learn from the bloody fantasy epic, Game of Thrones?  It turns out that the answer is: plenty!  While the real world may be a bit short on dragons and warring kings, the characters in Game of Thrones are acting in ways that professional services firms can get a lot out of.  Read these tips and be glad that the White Walkers will stay far away from your office.

#1: Know Who Really Holds the Power

One of the biggest mistakes you can make in Westeros is to think that power rests solely with the people who have crowns on their heads.  In truth, the economic power often lies somewhere else, and several kings are really led by their advisers rather than coming up with most of their ideas on their own.

In Stannis Baratheon's kingdom, for example, approaching Stannis himself will get you nowhere—you need to be smart enough to approach the priestess Melisandre instead.  In much the same way, law firms that mostly do B2B work should know who the right person is to talk to at the companies you're trying to do business with.  Knowing the power behind the throne is a much more effective route to a new client than just trying to start with the points of contact that everyone else knows about.

The Stark family's words are “winter is coming.”  These words are a reminder that hard times are always ahead, and you should always plan for more difficult days.  Many law firms started doing bankruptcy business when times started getting tough in 2007 and 2008.  Some of those firms found that business was so good that they transitioned to doing mostly bankruptcy work.  Now, bankruptcy filings are dropping and continuing a slow slide downward, and those same firms are scrambling for business when they had a boom just recently.

Keep in mind that the economy changes, technology changes, and the state of legal services will continue to change in the years and decades to come.  While it's important to specialize and to try to do business where the business is, you shouldn't ever act like the good times will last forever.  Don't overextend yourself or make the assumption that your current success is guaranteed to last into the future.

#3: Own Your Weaknesses and They Become Strengths

In the first season of Game of Thrones, the dwarf Tyrion Lannister says to the illegitimate Jon Snow: “Never forget what you are.  Others will not.  Wear it like armor, and it can never be used to hurt you.”  Being honest about who you are and what your weaknesses are will help you to market yourself in a way that will be authentic and effective.

For example, if you're a practitioner who prefers not to go to trial and who would rather negotiate out an agreement, that would be considered a weakness if you market yourself as a litigation firm.  Instead, though, you can choose to market yourself as a negotiation specialist who mediates agreements between parties for people who don't want to go through the expensive and difficult process of going to court.

#4: Make Your Own Destiny

Some of the characters in Game of Thrones make their own destiny, striking out on their own and using their unique talents and strengths in a way that benefits them.  Others allow fate to just take them wherever it may, and these characters very often end up in difficult circumstances or dead.

For example, the two sisters Arya and Sansa have very different outlooks on life.  While Sansa tends to do what is expected of her, even at great personal cost, Arya strikes out on her own and tries to survive on her wits alone.  While Sansa still lives in great material comfort at the palace, she is also at the mercy of everyone there.  Arya, on the other hand, is making her own fortune and has even managed to be a leader herself several times.

In professional services, your marketing shouldn't just follow the crowd and do what you “should” do based on what your competitors have already done.  Try something new and different, something people aren't doing in droves already.  Make your own destiny, and live by your strengths rather than by what is expected of you.

This season in Game of Thrones, viewers were shocked when Robb Stark's decision not to wed one of Walder Frey's daughters led to the “Red Wedding,” where Robb, his mother, and his wife were brutally murdered.  The gruesome Red Wedding was a reminder in the most dramatic way of how badly breaking a promise can backfire.

While it's unlikely that your rivals will engage in cold-blooded murder, consider another example of reputation in Westeros.  “A Lannister always pays his debts” is a saying known throughout the Seven Kingdoms, and because of this saying, Lannisters are able to negotiate their way out of problems by promising later payment.  When you have a good reputation, you can bank on it—and that kind of reputation is critically important for attorneys who want to market their services successfully.

#6: Be Careful Who You Trust

“Not trusting me was the smartest thing you did since setting foot in King's Landing,” says Lord Petyr “Littlefinger” Baelish to Ned Stark in the show's first season.  One of the biggest things that veteran attorneys say that new attorneys need to know is that it's okay to trust your gut feelings about clients that may not be trustworthy.  Often, attorneys say, these are the clients who can eventually lead to problems when they fail to make needed disclosures or do something that causes more trouble than the case was worth.