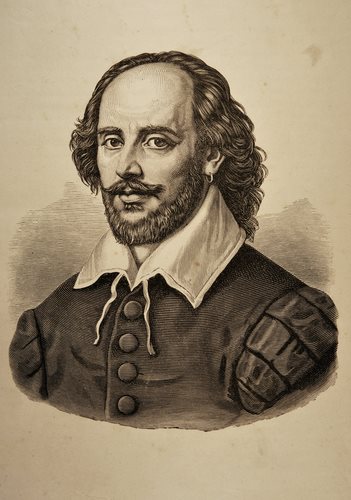 His name is synonymous with Elizabethan times.  So why would any legal marketer look to the Bard of Avon when trying to create a marketing plan?  Think again: Shakespeare has one of the most enduring brands of all time.  If you want your legal marketing to stand the test of time, you can do worse than to think about how Shakespeare's lessons apply today.  In this guide, we'll look at wisdom from the Bard's life and plays that can put your law firm on top of the marketing heap.

#1: Know Thy Audience—And Play To the Cheap Seats

In his time, Shakespeare's plays were beloved by all, from the poor, who occupied places close to the stage, to the Queen herself.  No one knew this better than Shakespeare, who made sure that his plays were created with his audience in mind.  Shakespeare today may seem like a playwright whose language is tough to unravel, but in his day, he was speaking with the vocabulary of the common people.

Shakespeare is great proof that even when you're talking about important and nuanced aspects of the human condition, you can still talk to regular people and even make them laugh from time to time.  Legal marketers need to learn this lesson: you don't need to be stuffy to talk about the law, even when the legal issues are very important.  Being conversational and interesting will always keep an audience longer than stuffed-shirt seriousness.  A well-placed quip or two can bring a smile to a potential client's face without being flippant about the legal issues at hand.

Don't be afraid to talk to the people who are really your clients.  If you know that your clients are, on average, high school graduates but not college graduates, you should make sure that you're actually speaking with terms that everyone reading your site can understand.  This doesn't mean talking down to anyone—it means relating and being someone that your audience feels can understand their concerns and lives.

#2: Get People Speaking Your Language

From “eyeball” to “lonely,” many words we take for granted in the English language today were actually coined by Shakespeare.  He also created great turns of phrase that have become part of our lexicon.  You don't have to be Shakespeare to use language inventively.  Framing the issues your way, and making sure that the way you frame the issues drives clients straight to your office, is critical to getting conversions from your website content.

Make sure that your language plays to your strengths and sounds a lot like how you actually speak.  People tend to naturally mimic a strong linguistic style, so by speaking in your own unique way in your content, you automatically make people think a little bit more like you.

#3: Everybody Has a Story—And Great Stories Stick

Shakespeare mostly told stories of great kings and nobility, but the plays tell the stories of other characters as well.  Even minor characters in Shakespeare plays are often very memorable, because each of them has enough characterization to be real and recognizable, even hundreds of years later.  Did you know that the page people are most likely to convert after reading is your attorney biography page?  That's why it's absolutely mission critical to make sure that you're telling real, interesting stories about each of your attorneys.

Dry titles, memberships, and degrees can be important to some people, so you should make sure they're included somewhere on your biography page.  However, consider having them in a side column or as bullet points after a more narrative biography.  Don't just tell the basics of your attorneys' lives.  Talk about their origins, their hopes, their motivations.  The more that you can make lawyers into relatable human beings, the more likely it is that a potential client will call you instead of your competitors.

#4: Draw From The Past, Use Your Own Twist

Students are often surprised to learn that Shakespeare didn't really invent the vast majority of the stories he told.  Instead, he drew inspiration from great stories of the past, and added his own style to them.  The same is true for law firm websites.  You don't need to reinvent the wheel in order to create a memorable site that has a high conversion rate.

This means that you probably shouldn't try a crazy new introduction for your website that takes 30 minutes, or turn your attorney biographies into an alternate reality game—stick to the basic format of websites that work, because consumers know how to navigate those basic structures, in the same way that Shakespeare's audiences knew the basics of the stories he was telling.  Then, be inventive within those structures—get creative in how you link to videos and integrate multimedia aspects of your website.

#5: Be Willing to Evolve With the Times

Shakespeare's work from the earliest parts of his career looks very different from what he wrote later on.  That's because he was evolving in response to what people asked of him and what the changing demands of the times were.  Today, audience demands change more quickly than ever, but we're lucky—we also have the ability to analyze our audience and determine what's working in a much more scientific and accurate way than Shakespeare could ever have imagined.  Make sure that you're monitoring trends and your own progress so that you know when it's time to evolve and what direction is most productive to evolve in.

#6: Know Your Flaws, Or Be Destroyed By Them

Shakespeare's tragic figures all have flaws, and in the end, those flaws lead to disaster and ruin.  However, what many people don't talk about is that these flaws destroy the characters precisely because the characters are not aware of their flaws.  Many of Shakespeare's comedic characters are flawed just as much, but they tend to recognize those flaws and work with them.  Learn from their example: no one's perfect, and when you know what your law firm's weak spots are, you'll be better at both working around them and working to improve them in the future.