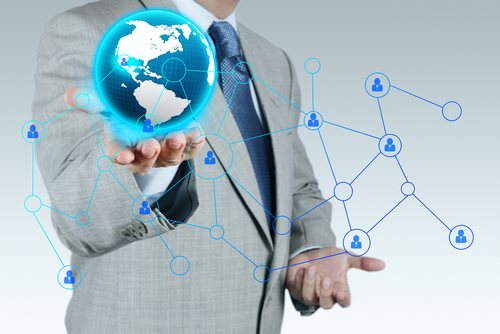 Over 80 percent of law firms now have a social media presence, and the social networking trend shows no signs of subsiding yet.  Instead, social media has become part of people's lives who traditionally have not been in “techie” demographics, including older people and women.  While no law firm needs to use every social networking website out there (for instance, there aren't a lot of great ways for attorneys to use Pinterest), you should be at least considering a social media presence that goes beyond a blog.  Here are seven of the best social media networks for attorneys, as well as the reasons that your law firm might want to develop a presence on each one of these websites.

The granddaddy of all social behemoths, Facebook is still by far the most commonly used social networking website in the world.  If your law firm isn't already on Facebook, you're in a minority: most firms, as of 2012, have at least one page for their law office.

Facebook has a huge number of tools available for interacting with social followers.  In addition to making posts and comments, you can also promote posts, making sure that they are viewed by everyone who has you friended.  If you want to expand your social reach or get more people visiting your website, you can use Facebook's pay per click advertising platform to target the exact types of clients you're looking for.  In fact, you can even use this advertising to target friends of friends, who are statistically significantly more likely to click on your ads because they'll see that you're already liked by someone they know and trust.

Even a decade ago, incorporating video into your website and online presence could be difficult and costly.  Bandwidth costs for video were one of the biggest problems, until Youtube came on the scene.  Using Youtube, users can upload videos about anything (as long as they abide by some fairly basic content restrictions to prevent obscene or copyrighted material from being used on the site).

Consider using Youtube to host videos that you can then cross-promote on a wide variety of social media platforms.  Don't just make videos that look like a television advertisement.  Consider creating videos that inform people about legal concepts that people commonly have trouble with.  You should also consider using some humor in your Youtube videos—don't be too cheesy, because you always want to be thought of as professional, but don't be afraid to make people laugh.

While LinkedIn used to be the gold standard of social media for attorneys, today the site is actually losing ground in some ways.  LinkedIn is still one of the best websites that your law firm can use if you're primarily a B2B firm.  Because a huge number of businesses and businesspeople are on LinkedIn, it is perhaps the easiest way to get into contact with large numbers of people in your address book, as well as making new networking connections to people in your industry.

However, recent studies have shown that LinkedIn is losing ground, even in the B2B market, to competitors like Facebook, Twitter, and even Google+.  Because of this, while you should still maintain a LinkedIn presence, it's time to realize that LinkedIn alone is simply not enough connection to the social media world to keep you competitive.

Recent surveys have shown that Twitter is actually by far the most effective way to get new connections to other businesses.  A survey of law firms showed that Twitter may be as much as 9 times as effective at getting new B2B connections as LinkedIn or Facebook.  If you haven't learned how to use Twitter yet, today's the day—the easy to use interface makes it a cinch to pick up even if you're not familiar with the system yet.

Make sure that when you're posting to Twitter, you're not reposting all of your Twitter posts to all of your other social media feeds.  Because Twitter can sometimes have more posts than other types of social media, if your tweets flood your Facebook and Google+ feed, you're likely to see a lot of followers and friends dropping off the map.

While it's fine to use Google+ if you have extra time to use social media, the truth is that this service hasn't yet lived up to the hype that accompanied it.  Some current studies show that there are now more active Google+ users than Twitter users, but this is based on a definition of “active user” that includes many Google+ users who are not using their account in any way that could be considered social networking from a marketing perspective.

Although Google+ still isn't meeting expectations of some social media gurus, it's a good idea to keep an eye on it.  Changes to other social networks or better functionalities for Google+ could make it a more popular platform in the future.

If you're looking to show off something that you've written, Reddit should be one of your first stops.  You can submit any link to this website that meets its content guidelines.  Users then vote on which links are good and bad. If people like your content, they'll upvote it, making it more visible to more users on the site.

When using Reddit, it's critically important to submit links to the best “subreddit” possible.  Each subforum in Reddit's website can be subscribed to by different users, and the most popular subreddits can get you big rewards—but won't pay off as often.  Smaller subreddits can sometimes be a better way to get specialized content disseminated.  Consider using a subreddit that's specifically for the area of law you practice.

The only one of the local “tagging” services still relevant in 2013, you may want to consider joining FourSquare if your law offices are in an urban area with many FourSquare tags.  Consider doing something creative, like tagging areas in your city that are relevant to your legal practice area.