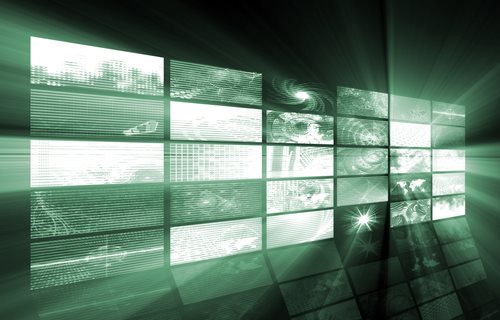 One of the best tools for advertising on legal websites is streaming video.  If you're not already doing some streaming video on your website, you are missing out on a tool that can give you a 50 percent reduction in bounce rates.  Ignoring streaming video isn't something most law firms can afford to do in today's competitive legal market.  In this guide, you'll learn how to stream video on your website and why it's cheaper than ever to include this type of video content in your marketing strategy.

What is Streaming Video?

Streaming video is one of the parts of the internet that has only become possible for most users to use because of widespread broadband internet technology.  Streaming video means that you don't have to download a whole video, then watch it afterward.  Instead, you can simply press “play,” and the parts of the video that are supposed to play first will download first, allowing the viewer to have a (hopefully) uninterrupted playthrough.

Streaming video is much easier for web users to use, because it won't take forever to download and require a special media player.  Instead, people can simply watch videos in their own browsers, which makes it easy to pause, rewind, stop, and fast forward any videos you want.  Streaming video takes up a fairly large amount of internet bandwidth, so typically it's very difficult for dial-up users to use videos of this type.  Attorneys who live in areas without good broadband internet access may want to think twice before using video as part of their marketing strategy.

Do I Need to Host My Own Streaming Video?

One of the best things about using video as part of your marketing strategy today is that you no longer have to pay for one of the largest associated expenses.  In the earlier days of the internet, if you had wanted to stream a video on your site, you would have had to host it yourself.  This would mean that you'd need to use a large amount of upload bandwidth every time someone viewed a video.  If your hosting plan had usage caps, you could run into them very quickly hosting your own videos.

However, sometimes on the internet it just takes one website to change everything.  Youtube, which supports itself through ad revenue, allows people to stream videos for free.  You can host your video content on Youtube and create your own streaming video, which can then be embedded on your website to allow site visitors to see simple, easy to use video about any legal topic you want to approach.

Is it Expensive To Get Started With Streaming Video?

Even though it no longer costs law firms a great deal of money to pay bandwidth costs for their streaming videos, it is still not a cheap endeavor.  Generally speaking, you can still expect to pay several thousand dollars to get your video campaign off the ground.  Why so expensive?  Because while it's possible to rent or buy a cheap camera system and just start talking into the camera, you're a lot better off having professionals handle your video production.

Professionals can make sure that your video and audio are synced up and that you don't run into any problems with having the audio volume incorrect.  Professional videographers with law firm experience can help you understand what sells and what doesn't sell when it comes to talking to the camera.  Try not to do the same thing you've seen on hundreds of other websites—you want to differentiate yourself with high quality production and writing in your marketing materials.

Should We Make Streaming Video In-House?

It's definitely possible to stream videos that you've made in house.  The question is, do you have the kind of marketing budget that can give you streaming videos you're really proud of posting on Youtube—or videos that become a joke for other attorneys to pass around?  Be honest about your firm's capabilities, and don't bite off more than you can chew.

One solution that may work for many law firms is to have a consultant create your initial video work.  For additional streaming video, you may decide that you can do additional videos in a similar style on your own.

Should Our Videos Play Automatically?

The internet has come a long way in a few short years, and today many websites will start playing a video as soon as a site visitor arrives.  While this is a tactic that some legal marketing professionals espouse, it can also cause trouble.

When your video plays automatically, it's probably also playing sound.  Because many people would prefer to keep their attorney search relatively private, even if they're searching in a public place, having a loud voice come over the speakers talking about the law may be disconcerting.  Don't be surprised if having automatically playing video dramatically increases your bounce rate, especially if it's mixed too loudly.  Most people's reaction to a too-loud video is simply to hit the back button, costing you a potential client.

What is a Viral Video?

Viral videos are a type of streaming video that are spread from person to person almost like a virus.  They usually start very small, being seen only by a relatively small number of people.  However, because of social media channels and the increasing interconnectedness of the entire internet, it doesn't take long for a video to go from having a few hundred views to having several million.  One of the most famous recent viral videos was “Gangnam Style,” a music video from South Korea.

However, as “Gangnam Style” shows, it's a bit tricky to understand exactly what makes a video go viral.  Generally, you're not going to be able to have your video spread virally if it looks like a generic attorney advertisement.  You need something that stands out, something that is so funny or so informative that the people who see your streaming video can't help but pass it along to everybody they know.