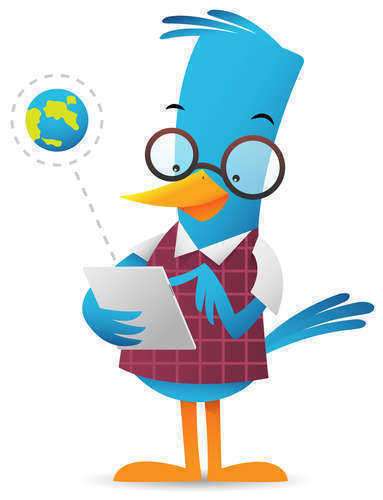 On Twitter, anyone with an account can create whatever hashtag they want.  This amounts to millions of different hashtags being used in any given day, and can make it very hard to identify what hashtags you want to use.  Using a Twitter hashtag directory can help you to narrow down your choices for hashtags so that you're only using tags that will be effective and relatively popular.

Because there are different things that you might want to know about your hashtag, different hashtag directory systems have been developed on different websites.  One of the most basic of these websites is Hashtags.org, which is a Twitter hashtag directory providing users with basic information on the popularity of any hashtags of their choice.

By using Hashtags.org, you can check up on a graph of a hashtag's long and short term popularity.  But what if popularity isn't what you're looking for?  You may know that you've seen a particular hashtag a lot lately—let's say you've seen five different people you follow use #yolo—but you don't know what it means.  Before deciding to use it on your own Twitter feed, you should definitely check up with another Twitter hashtag directory, TagDef.

Tagdef is a hashtag directory that keeps a listing of as many hashtags as have been submitted by users, and the definitions of those hashtags.  By using this Twitter hashtag directory, you look up the hashtag #yolo and find out that it means “you only live once”—not necessarily the sentiment you want your law firm to be expressing in an official tweet.  Using a hashtag directory for definitions can prevent unneeded embarrassment.

If you're not happy with the results you're getting from a hashtag directory, keep in mind that there are dozens of competing websites out there.  As trends on Twitter change, it's very possible that some Twitter hashtag directory tools will fall out of favor or become less useful.  When you stop getting the kinds of results from a hashtag directory that you need, check some other directories out, and monitor blogs about Twitter marketing to find out what new directories have recently come on the scene.  Often, the newest tools offer the most sophisticated and up to date functionality.

Beyond the Hashtag Directory: Making Your Own Tags

After you've watched Twitter hashtag directory listings for a while, you might want to try your hand at making a unique hashtag that no one else has used.  If you're doing this, you should check a hashtag directory or two first just to make sure that your tag hasn't been used before.  You may have to try several tag variants before finding one that will be exclusively yours.

If you're using a tag that is exclusively yours, you can then use some tracking tools to see where it spreads to and how its popularity changes.  Hashtags.org is a great tracking tool to see whether your hashtag ever catches on beyond your immediate circle of followers and friends.

Of course, once you make your own hashtags, you should also try to submit them to any hashtag directory that you think might be useful.  Some hashtag directories actually allow you to categorize hashtags so that you can put them into a useful category (for instance, law and legal issues).  If you're not submitting your hashtags to a Twitter hashtag directory, it will be harder for other people to find out the definition of your hashtag and how it has been used.

Some hashtag directories do keep track of hashtags automatically.  You won't need to submit a hashtag to these.  However, places like TagDef only list hashtags that have been submitted by users, so you'll need to write out a tag definition and post it there if you want the definition to be easily accessible by others.