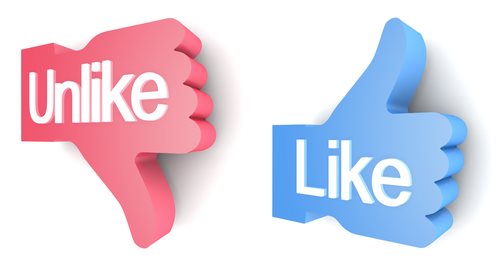 While two out of every three law firms has a Facebook page today, one third are still left behind in the social media game.  Some attorneys seem to think that because Facebook, unlike LinkedIn, is more about personal social connections than business; it isn't really a serious business tool.  This couldn't be further from the truth.  Facebook is the runaway leader in the social networking world, and will continue to be for the foreseeable future.  In this guide, we'll take a look at seven different benefits your law firm can get out of your Facebook account.

If you're trying to optimize your website for search engines, today the best move isn't to pack it full of keywords.  You're much better off trying to build backlinks from websites with good reputations.  Google takes backlinks into account as a major component of assessing a website's reputation.  Because Facebook posts are on a very high traffic website, getting backlinks from Facebook pages is a great way to ensure that your law firm's profile on search engines like Google and Bing will be as prominent as possible.

If you're not building backlinks strategically already, you're missing out on significant potential gains to your web presence.  By posting on Facebook consistently and making your posts viral-ready, you will quickly generate the kinds of backlinks that affect search engine rankings most.

#2: Networking With Friends, Colleagues, and Clients

Of course, Facebook is a social network, and it’s most well-known use is as a tool for facilitating networking with a large group of members.  As soon as you create a Facebook account and start creating connections to people you know already, you'll be appearing on other people's feeds—namely, the feeds belonging to your connections' connections.  This gives you a great opportunity to be heard, but not every firm is taking advantage of it.

You should pursue new Facebook connections at every opportunity, which means including easy ways for people to get from your website to your Facebook page and vice versa.  By using Facebook to connect with all the people who are in some way connected with your firm, you can give rise to a vibrant mini-community if you curate your content well enough.

For law firms, like for most businesses, one of the best ways to use Facebook is to promote content on your website.  You can get people to look at images, articles, or video on your site by sharing it on Facebook and promoting it to your connections.  However, you should take care with the content that you post on Facebook: if it's not interesting, it may just be ignored and make you seem like dead weight on people's feeds.  This leads to people stopping “liking” your page and a lower number of connections overall.  Offensive content can be an even more direct route to losing subscribers.

Your law firm should post content to Facebook that is fresh, and you should maintain a fairly consistent but not too frequent output.  More than a post a day will get irritating, but less than two posts per week and people might forget you're even part of their subscriptions.

#4: Tuning In To the Zeitgeist

Another advantage that Facebook offers law firms is one that is often overlooked.  It's easy for law firms to get out of touch with what's going on online, and most attorneys don't have time to spend hours every week looking at the latest meme and finding the most relevant news content.  If you use Facebook correctly, you can also use it to keep an eye on the state of the internet.  You'll see the content that people are sharing; the kinds of things they care about and think are worth promoting to their friends and loved ones.

This, in turn, gives you a great head start on figuring out exactly how to tailor your content to what people are interested in now.  People who don't know what good viral content looks like won't be able to create content that goes massively viral—they just won't be tuned in enough to know what works for everyone else, as opposed to what just works for them.

Another aspect of Facebook that some law firms neglect is the branding capability.  By posting content with a conversational, direct brand “voice,” you can implement your branding initiatives in a way that will be seen by more people.  This will make it so that your law firm's brand reputation is better understood, leading to more referrals from current and former clients and other people that you are connected through on Facebook.

No business is immune from criticism, and law firms are certainly no exception to this rule.  If you're criticized online and don't have a Facebook presence, you've lost an avenue for discussing the issue that is far more likely to be read than a press release or an interview with a magazine or newspaper.  Facebook is critical for damage control, and allows you to present a polite, calm face even in times of turmoil.

The biggest mistake you can make when responding to critics on Facebook is being negative or defensive.  By presenting yourself as open and honest, you'll be much more likely to get the reactions that you're looking for.

When you're on Facebook, you can see how other law firms in your area are handling their social media presence.  If you're clever about competitor research, you can find out a great deal about how your rivals are presenting their brand and where you might be able to be more competitive with them or find a niche different from what they're doing.

Doing research on your competitors doesn't mean you should do as they do.  While imitation is the sincerest form of flattery, it's also the worst at differentiating your brand identity.