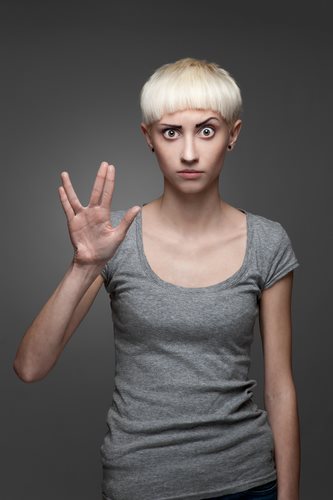 One of the most successful television and film franchises of all time, Star Trek has an obsessive fan base and stories that are often timeless.  In this guide, we'll take a look at lessons that law firms can learn from the show's characters or its marketing—lessons that are just as useful in today's pre-warp society as they are in the future of the Federation.

There have been several different Star Trek series, and while fans often debate which one is best, their debates tend to focus on one main thing: more than the plots of the episodes, fans care about the characters and their dynamics.  That's why, while some fans will agitate for the Kirk-Spock-McCoy dynamic and others will wax rhapsodic over the Picard leadership style, almost no one advocates for Voyager, which had a team that lacked cohesion.

The best Star Trek crews have members that balance each other out.  Having a crew of all Spocks would likely lead to significant problems, but so would a crew of all Kirks—put together, they're a dynamic command duo that can respond to almost any problem.  When it comes to choosing law firm partners, keep this kind of balancing act in mind.  Often, having someone as a partner who balances out the qualities of the other partners is a better move than choosing someone who is a lot like the people already in partnership positions.

#2: Have Your Own Prime Directive

In Starfleet, the Prime Directive is not to become involved with societies that haven't yet discovered faster-than-light travel technologies.  This Prime Directive is important because Starfleet doesn't view itself as having a mission to interfere in societal development of very early societies—they want to be recognized as equals or near-equals, not gods.

Law firms have different priorities from Starfleet, of course, but that doesn't mean you shouldn't have a Prime Directive.  What is the one thing that is at the base of your firm's ethical code?  It's a good thing to think about—the ethical principles that unite your firm and are a value you'd like every attorney to uphold.  By having your own Prime Directive, you ensure that your firm's culture is built around this ethical commitment.

On Star Trek, leadership is key to mission success, and leaders must take responsibility for the people under their command.  In many situations, the captain of the ship can even be punished for actions taken by an underling.

The same holds true in law offices.  If an attorney or even a legal secretary makes a bad mistake, the people who will be held responsible aren't just the people who made the mistake—they're also the principals of the firm.  Because of this, it's critical for people who are in charge at your firm to know what's going on and present strong leadership skills.  Without them, you're much more likely to have personnel who break the rules and cause embarrassment to your firm.

One of the reasons that Star Trek has enduring cultural relevance is that it has often taken social issues into account and pushed boundaries in the topics it covers.  In the same way, taking cases at your firm that push the boundaries and are in territory other people have barely covered is a great way to get your name out there and start getting the kind of recognition you want.  When you go “where no one has gone before,” other people can't help sitting up and taking notice.

#5: Know the Value of Your Fan Base

Initially, when Star Trek fans began having conventions, Leonard Nimoy, who played Spock, was irritated by the way that many of his fans conflated him and his character.  He penned an autobiography entitled “I Am Not Spock” to clarify who he was as a human being.  However, years later, he became more willing to engage with fan communities and wrote a second autobiography, this one called “I Am Spock.”

Your loyal clients are your fan base, and it's important to cater to them in ways that make them likely not only to continue being your fans, but also to bring new fans into the fold.  Having a great base of loyal clients will keep your firm going even through tough times, while if you're just depending on ads and clients who come in for a single case, you are likely to have significantly more volatility in your levels of new business.

In several different Star Trek episodes and movies, someone changes the past, often trying to make it better.  However, changing the past is almost always an incredibly dangerous and foolhardy thing to do, full of unexpected consequences.  In the real world, of course, you can't change the past—but that doesn't stop a lot of people from dwelling on their previous mistakes and wasting time wishing that they could have done things in the past differently.

The past is over and done with, and you can't change it—what's more, you probably wouldn't really want to.  Instead, focus on going forward, and resolving the situation using the tools at your disposal (which probably don't include any time machines).

Often, the Enterprise ends up in the biggest trouble when its captain underestimates a threat or responds to it too late to solve it easily.  When you market your law firm, it's important not to underestimate your competition or assume that they aren't capable of using the same strategies as you are.

Whenever you're implementing a new marketing strategy, try to stay several steps ahead of your rivals by thinking of ways that they might respond and how you can, in turn, respond to that response.  For example, you may want to think about what you would do if your rival's response to a successful new way of marketing your firm was simply to start using that same method themselves.