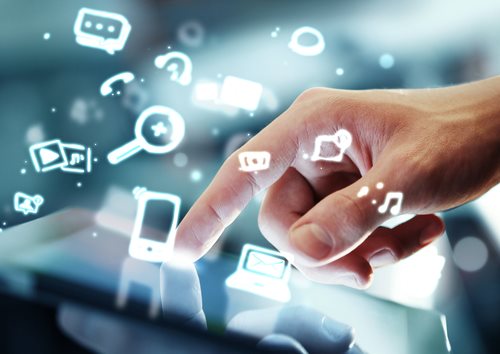 Time is money, and most law firms today don't have enough of either.  Over half of social media marketing professionals say that one of their biggest problems is a simple lack of time to implement their company's social strategies.  What's more, in many law offices, the person who is in charge of social media marketing is also trying to juggle a wide variety of other responsibilities.  In this guide, we'll take a look at how to use your social media marketing time as efficiently as possible.  Keep in mind that the most efficient uses of your time are the ones that help you best meet your goals—not the ones that give you the biggest online footprint at all costs.

#1: Have a Plan Before You Start

The major social networking websites have made it so easy to get started and create a profile that you may think the best way to get started is to just dive in.  While that can be a good philosophy sometimes, it's not a very good idea for social networks.  Why?  Because each of them has its own needs and norms, and you'll want to have a good understanding of what's going on before you commit a faux pas.

Having a plan also saves you time.  If you go in without understanding what you're doing, it may seem like it saved you time in research.  But in the end, having to learn everything from scratch, going down dead ends and having no immediate aims, will waste your time and your money.  Know what you want out of social media before you get started with your implementation.

There are many things that you'll want to do on your social networking websites every day.  For example, you should always check to see any comments that have been made, and scan for any posts that have been made about your firm at least once per day.  Having a daily checklist makes it significantly easier to make sure that you're not forgetting anything that could come back to haunt you later.

However, to avoid getting behind on other maintenance issues for your social networking accounts, make sure that you also have once a week and once a month tasks.  Having this kind of scheduling takes a little while initially, but pays off dividends in improved efficiency later.

It's usually a good idea to have an idea of how long you want to spend on each of the social networks you use.  If you set time limits and generally adhere to them, you'll ensure that you're not wasting too much time on a network that isn't as easy to use or one that gets only a low amount of traffic.

However, be willing to make your time limits flexible under the right circumstances.  For example, if it turns out that you're having something of a social media public relations crisis on Twitter, it's fine to neglect some of your other social media accounts a bit for a day or two.

Analytics are a great way to save time, even though they take time to perform.  Why?  Because by performing analytics tasks, you'll learn which of your marketing efforts are working and which ones aren't.  This means that you won't keep throwing your time and money into a black hole that won't give anything back.

By using analytics tools like Google Analytics, you'll learn how people interact with your website and how they get there from social media sites.  If you're not using any kind of analytics tools, you're just guessing—and guessing's a great way to waste time and effort that could be more efficiently used.

New social media profiles for companies often make some amateur errors.  One of the biggest of those errors can be seen when a company's Facebook profile or Twitter feed simply looks like someone's personal feed.  Posting random things that you find personally interesting but aren't going to be fascinating to potential clients will just turn people off.

Always keep your audience in mind.  Don't ever make a post without being able to answer the question, “who will want to read this, and why?”  If you can't answer that question, consider writing down your post idea and keeping it for a later time in case you figure out a way to make it more marketable.

#6: Get Social Media Dashboards and Tools

One of the biggest things you can do to save time when you're using several social networks is to get a dashboard that allows for easy switching between social networks.  Many of these dashboards allow you to sign in with dozens of different social networks, allowing you to customize your social media presence.

These dashboards can also help you to craft alerts that will tell you any time someone mentions your firm's name or makes a comment on one of your posts.

The biggest way to waste time on the internet is to let one thing on social media lead you to another, which leads you to another—keep making sure when you're using social media platforms that all of your actions are relevant.  This is especially critical because it is important to look at other people's comments and posts, and even sometimes to respond to them—but you don't want to get so sidetracked and lost in tangents that you forget the main point of your presence on social networking sites.

#8: Pick Your Battles and Platforms

Don't try to respond to every comment everyone makes—especially not if they're just simple statements.  Questions should always be answered, but let people leave compliments sometimes without hovering, or with a simple “like” of their comment instead of a response.  Hovering can make people uncomfortable.  You should also keep your social networking to a small number of networks—trying to use all of them will only result in you dividing your attention too many ways.