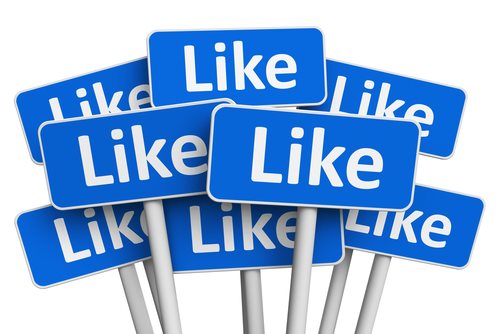 While the social media world has never been bigger—and has never been a better place to market your business—it can be difficult to keep track of everything that's being said about your law firm in the social media sphere.  If you're worried about what people are saying about you, or if you just want to make sure that your customer service is going the extra mile, you need to start monitoring social media traffic to check out your firm's reputation in real time.  This guide will start you on the right path to monitoring social media effectively and efficiently.

#1: Designate Someone At Your Firm

Often, law firms start by planning to monitor social media and other online communications for mentions of their firm, but these plans never really come to fruition.  Why?  Because no one's specifically designated as the person who will monitor social media communications.  Everyone at your law firm may be wearing so many hats that it's easy for an additional responsibility to slip past and end up simply falling by the wayside.

Instead of just letting social media monitoring be done by whoever has a bit of free time, make sure that you're designating a member of your marketing team (or, if you're a smaller firm, one of your staff members) to keep an eye on Facebook, Twitter, and other social networking websites.  Having one person designated as your expert, rather than keeping the responsibility rotating among several people, will ensure that you end up with a staff expert on reputation management in the social media world.  Make sure that your social media monitoring guru isn't an intern or a temp—the person monitoring will develop significant understanding and knowledge over time, and you're losing out on serious opportunities by having that person leave every few months.

You wouldn't try to monitor court filings without understanding the legal language behind them, and in the same way, it's impossible to successfully monitor social networking traffic if you're not educated about what social networks do and how they work.  Your designated staff person for monitoring social media should have a better than average understanding of the subtleties of different social media platforms.

If you don't already have a staff member who has this understanding and don't want to (or can't afford to) hire another marketing person to handle your social media strategy, you may want to either hire a consulting firm that specializes in social media monitoring or have one of your existing staff members study up on social networking and social media topics.

#3: Use Third-Party Software To Save Time

While many businesses start their foray into social media monitoring by doing Google searches for their company name or searching for Twitter hashtags having to do with their firm, this is far from the most efficient way to find out what clients and others are saying about you online.  Today, dozens of third-party applications have been developed to help you keep an eye on social media and your brand's reputation on major social networking websites.

The social media dashboard that you choose should include several features.  First of all, all social media dashboards allow you to check several different social networks at the same time, but you'll want to make sure that whatever software you choose is capable of monitoring the networks where you know most of the conversation is occurring about your company.  Second, you'll want to choose a dashboard with an interface that works well and seems intuitive to you.  You'll also want to make sure that the software you choose is from a reputable vendor without extensive security issues.

If you're doing social media monitoring, the worst thing that you can do is dismiss complaints and negative reviews when you see them.  The second worst thing you can do is to act defensive and like your firm can never do anything wrong.  This kind of behavior will only lead to peeved potential clients and a tarnished overall reputation.  Some complaints won't be fair—but others will be, and you will always do a better job monitoring and maintaining your online reputation when you're honest with yourself about where you could be doing better.

When people make a complaint or review your firm in a negative light, it's important not to immediately attack the critic.  It's also critical for you to avoid the kinds of actions that generate what is known as the “Streisand effect,” in which trying to shut down discussion has the exact opposite effect.  Trying to shut down your online critics or silence them will often just lead to them becoming more vitriolic and getting more people on their side because of your perceived censorship.  Unless a comment is actually defamatory, don't try to cajole people into taking down a negative review.

If you're checking your social media reputation constantly, it can get tempting to reply to nearly everything you see written about you.  Just the same, think about how you'd feel about a company that seemed to butt in every time people wanted to say anything about it, good or bad.  Odds are that you'd find it a little bit obnoxious—and potential clients might, too.  Sometimes it's better to listen than to talk, and you can often do better by only responding when it's really necessary.

It's not enough just to check what people are saying about you every couple of weeks or once a month.  The internet lets information spread faster than ever before in human history, and a week or two can be an eternity in internet time, especially if a rumor has begun to spiral out of control.  Keep an eye on your social media mentions on a daily or near daily basis, so that you have the best chance of stopping negative stories before they go viral, while also being able to respond quickly and politely to complaints and negative publicity.