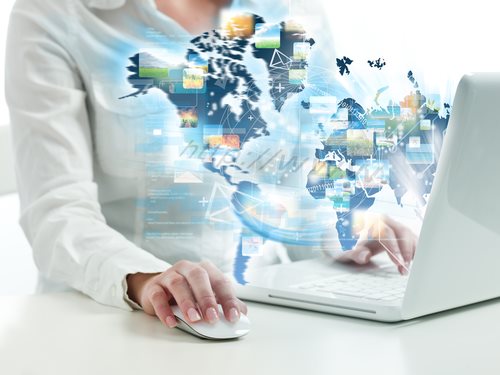 One of the hardest things to get used to about the internet is how fast things can change.  What might have been helpful as a strategy for law firm marketing several years ago can now be counterproductive.  An unfortunate side effect of these fast changes is that many attorneys who were quite well equipped to handle the web of 2008 are deeply mired in bad habits now that it's 2013, with 2014 on the way soon.  In this guide, we'll explore seven habits of highly ineffective legal marketers—and how you can make yourself more marketable by breaking them.

One of the biggest social media debacles in recent memory happened to a Phoenix bakery called Amy's.  After a disastrous showing on a television show, Amy's social media pages were bombarded by internet commenters eager to get their jollies by kicking a company when it was down.  The smart thing to do would have been to shut down comments for a short time, until the publicity had died down, and then moderate comments heavily that seemed to come from unhelpful internet “trolls.”  However, Amy's didn't make the smart decision.

Instead, they hovered over discussions, making rude and often profane comments even to people who had made relatively innocuous statements.  Obviously, Amy's is an extreme example, but it goes to show that you can definitely talk too much to dissatisfied customers online.  You won't look good to others when you hover over discussions, whether they're positive or negative.  While it's good to step in and correct misconceptions if they're major, there's no need to stop people from discussing your law firm by taking over every conversation somebody starts about it.

If you're looking for a fast way to lose followers and make sure that no one reads your blog, just update it incredibly inconsistently—a few posts here, followed by months of silence, followed by a post apologizing for the months of silence and then another few weeks of silence after that ought to do it.  This kind of posting frequency commonly happens when someone starts a blog with a good idea, but hasn't thought through what kinds of topics might sustain that blog through the next several months.

You should maintain several blog posts in reserve so that you can trickle them out at a steady pace, instead of just waiting for inspiration to hit.  Make sure that you're reading other people's blogs, which can often give you the germ of an idea for an entry of your own.

It's one of the most annoying things on the internet: you're looking for something, minding your own business, and when you open up a website—BAM!—you're accosted with a music file playing loudly, or a video of someone introducing themselves to you or asking if they can help you.  You want to help your clients, not give them heart attacks.  Leave the intrusive audio and video to other law firms, whose websites will get closed fast.  No one wants to take the time to look for a mute button, when it's just so easy to open a different website instead.

Even if you're not as bad as Amy's, one of the biggest wrong moves you may be making is to respond negatively to criticism—for instance, by shrugging it off or thinking that a person who wrote a bad review is just crazy.

This may be the easiest habit on this list to fall into.  It's easy to believe that when people make harsh critiques, they're just being needlessly cruel, and it's possible that this could be the case sometimes.  However, all too often, criticisms are legitimate and ignored by places of business that could have fixed a problem and instead choose to bury their head in the sand.  Be the kind of law firm that recognizes when it has messed up, not the kind that ignores client relations issues until your reputation is thoroughly tarnished.

Just because a website generated great returns for you a few years ago doesn't mean that your strategy is still working.  You should periodically make sure to check whether you're now wasting money on advertising with websites that aren't generating any returns for your business.  Don't be afraid to look at new trends and advertising on websites and social networks that were opened recently.  Often, getting in on the ground floor can be a relatively inexpensive way to enhance your marketing reach.  Not everything will pan out, but by making sure that you're diversifying your advertising presence, you'll find some new places for your marketing roots to take hold.

While it's important not to be afraid of the new, it's just as important not to waste your time chasing after a dozen different marketing strategies for a dozen different new trendy sites.  Stake your claim, make your choices, and don't try to be on every social network because there's simply no way that you have time to do all of them justice.  Pick three or four main places for your social media presence to be felt, and stick to those places—larger firms can go with more, but for small firms and solos, four is about the limit before you'll start having to outsource your content, which presents problems of its own.

Some attorneys got into the habit of having other companies write content for their law firm during the age of keyword SEO.  While search engine optimization still exists today, it's now more based in building quality backlinks and having content that is useful to real human readers.  Those kinds of tasks are best accomplished by marketing personnel at your law firm, not by people who are working on dozens of different accounts.  In house marketing allows you to be more flexible and responsive to client needs and discussions.