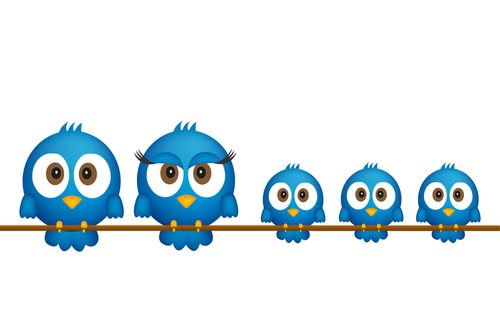 According to a recent study, Twitter may be nearly 10 times as effective as LinkedIn at getting law firms new business contacts in the B2B world.  This means that if you've been using LinkedIn as your sole method of online social media marketing for businesses, you need to learn something new.  In this guide, we'll go in-depth about Twitter and why it has become such a good B2B marketing tool.  You'll learn valuable tricks and tips for using Twitter effectively in your law firm's online marketing strategy for 2013.

A few years ago, almost no one “tweeted,” and Twitter was considered a social media fad only for the very most connected.  Now, the situation has changed drastically.  Famous and trending Twitter accounts and hashtags can make real-world headlines, and more businesses than ever are not just posting to Twitter, but also reading what other people have to say there.

Ideally, you'd have signed up for Twitter oh, say, a year ago, maybe 18 months if you were an earlier adopter.  However, there's no time like the present to start making up lost ground.  You can set up a Twitter account in about five to ten minutes, and once your account has been established, you can begin looking around.

The 140 Character Limit: Making it Work For You

The thing that differentiates Twitter from its competitors is actually a limitation on content.  While blogs allow unlimited amounts of writing and social networks like Facebook allow for long updates, the longest possible “tweet” is just 140 characters long.  This SMS-like length is one of the greatest strengths of Twitter—because it allows people to read “headline” formats and get linked to things that interest them more easily—but it can be very hard to adjust to, especially for attorneys, who are used to being able to take much more than 140 characters to explain a concept.

Keep in mind that often, your 140 characters can actually include a link that goes elsewhere.  Twitter automatically shortens URLs, which means that they won't take up very many of your characters.  You should also make sure to leave enough room in your tweet that other people can retweet it easily.  Consider about 120 characters to be your “real” maximum—a full 140 character tweet can actually be fairly difficult to share without cutting things out.

One of the best things about Twitter is that the short tweet length allows you to experiment a bit with posting at different times, on different days, and so forth.  Experimentation is by far the best way to figure out when your target market is most likely to post re-tweets and otherwise interact with your Twitter account.

Generally, you'll have better luck toward the end of the business day and into early evening than you will first thing in the morning.  Middle of the night tweets are unlikely to be noticed by many people at all—by morning, people's twitter feeds will have already become full of new morning posts, and no matter how brilliant the blog you linked to at 3 AM was, it's unlikely any of your followers will actually see it.

Interacting With Other Businesses

As tweeting becomes more popular, it's more and more likely that the businesses you need most to interact with are using Twitter accounts, too.  Consider following the Twitter accounts of businesses that you would like to have a better connection to.  Then, when those businesses post interesting tweets, retweet them or write a reply.

These kinds of low time commitment interactions are a great way to feel out a potential new client.  They can use the way you interact on Twitter to understand what kind of fit your law firm would be for them if they signed on with you.  Remember to always stay professional, even if your interaction with another company doesn't go the way you would like or expect.

There are many ways to be boring.  Posting constantly, so that you dominate other people's Twitter feeds even at the cost of them seeing tweets from friends and family, is a great way to bore and annoy your readers.  Similarly, posting content that's all advertising about how great your firm is, without having any content that informs readers or actually helps your audience, will just look boring—and it'll look like you're clueless about what Twitter can actually be used for.

Following and Getting Followers

Keep in mind that your absolute number of followers isn't nearly as important as whether those followers are influential.  Too many law firms make the mistake of thinking that the number of followers they've gotten is the main indicator of whether their firm is doing well in social media circles.  Unfortunately, if your followers are just spammers or other low quality accounts, the number won't make a difference—you still won't see your posts going viral, no matter what you do.

It's obviously very difficult to predict whether people will still be tweeting in five years.  However, there are some relatively good indications that social networking and social media websites are here to stay.  Perhaps the biggest threat to Twitter, as well as other social media sites, is the bottom line.  In 2010 and 2011, Twitter lost money.

This year, there are murmurs that for the first time ever, Twitter may turn a real profit.  If this happens, it will likely mean that the service will continue for several years.  However, a continued pattern of losses could start to mean a loss of investors and capital.  While Twitter has still managed to get investors to sign on while it was losing money, due to its popularity, at some point that popularity will plateau—and if it's not making money by then, it may shut down, forcing businesses to move on to other social networks instead.