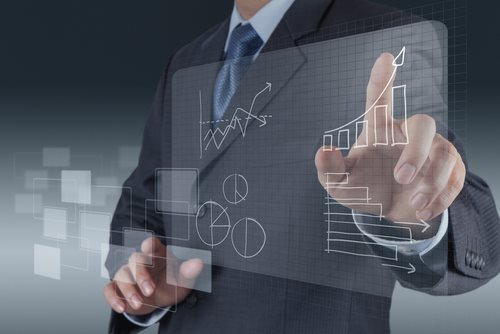 Every year, there are new marketing trends advertised to attorneys from a huge number of online marketing firms.  However, some of these marketing firms will push just about any next big new thing, without much regard for whether the specific advice they're giving applies very well to attorneys.  While lawyers can in some ways do online marketing like anyone else, there are things they should be careful to avoid as well.  This guide will explore some of the bandwagons that you'd be wise not to jump on as you make your marketing plans for the remainder of 2013.

Recently, some websites have begun playing with a kind of design called parallax design, in which background elements move at a slower rate than foreground text.  While this design can look quite elegant in some contexts, law firm websites should avoid parallax design at all costs.

Why?  Because when people are looking for an attorney, they generally don't care as much about the design of your website as they do about the content that's on it.  Typically, parallax websites are best for sites with infographics and a great deal of visual content that isn't text, while most law firm websites rely primarily on text and video based content that won't work well with a parallax design.  Additionally, because so many designers have started to use it at once, it's very likely that the slightly distracting parallax design fad is destined to be just that—a short term fad.  You don't want your site to look dated in a year because you hopped on the bandwagon too early.

With the proliferation of cheap hosting and cheap video editing software, many law firms have begun to rely on video for some portions of their website.  Video's a great idea, and many studies have shown that conversion rates can as much as double or triple when video is added to a law firm website.  However, this doesn't mean that all videos are created equal.

One of the worst forms of video you can use is the auto-playing video.  These videos are annoying, often starting loud audio tracks right when someone clicks onto your website.  It's doubly bad for attorneys, because lawyers are often dealing with relatively sensitive topics.  You're not likely to get someone's business if you're a divorce attorney whose website suddenly starts blaring about divorce when a husband or wife is quietly trying to research the divorce process.  Make your website viewable even for people who need it to be discreet and quiet—that means keeping the videos opt-in, rather than playing them for every passerby.

More and more storage is moving off hard drives and into the “cloud.”  What this means in practice is that your data is somewhere that you aren't.  While this may not be terrible for many businesses, it's probably not a good idea for attorneys to keep a great deal of their information cloud-based.  That's because cloud systems present issues with both downtime and security that can't be fully mitigated yet.  If you're working on a website for your law firm and do choose to upload things into the cloud, make sure you're using secure services and that you have backup copies of everything on physical hard drives in your physical location.

One of the biggest trends in marketing for 2013 is retargeting and remarketing—advertising to people who've already left your website.  While many retailers have had good luck with retargeting, which targets ads at people who've recently visited your site, and remarketing, which emails reminders to people who didn't complete a form or transaction on a website, these services are more likely to seem invasive and intrusive when they come from an attorney.  Because legal services are often so deeply personal, these strategies can seem like a good idea and be perfectly well meaning, but result in dissatisfaction from potential clients or even people telling those they know to stay away.

While having a Twitter account is a great idea, too many attorneys today have Twitter feeds that are clearly run by third-party sources rather than being written by the lawyers themselves.  These third party tweets often look almost nonsensical and are clearly designed more for Google's search robots than they are for human eyes.

While getting search rankings through zombie Twitter accounts may sound like a good idea initially and may even give you a brief boost to your rank, but Google is starting to catch on.  Given the ways that Google has diminished the search rank of websites engaging in other types of shortcuts to search rank, it seems likely that the search engine will soon sandbox websites that are seen to be using fake Twitter accounts and fake Twitter followers as a primary means of gaining link juice.

These codes, which appear as a black and white pixellated box, were all the rage for a brief time in 2010 and 2011, but if you're still considering QR codes in 2013, you need to figure out something different to use instead.  Mobile content is developing fast, but the QR code never really caught on because it's nearly as easy to simply enter in a web address instead of having it encoded in the black and white box.

Instead of QR codes, make sure that you have a mobile friendly website or version of your website for people who are using smartphones.  QR codes are, at this point, unlikely to generate significant conversion rates for your law firm and will just be a time-consuming boondoggle for most attorneys who attempt to use them.

Don't outsource your blogs or other legal content to third parties.  No one knows your firm or your practice area like you do, and odds are that outsourcers aren't paying enough to land people with J.D.s and extensive experience.  It takes a little time to write your own content, and you may want someone else to edit it, but there's simply no excuse for having someone else develop your content from whole cloth.  If you don't want to sound like somebody else, be yourself.