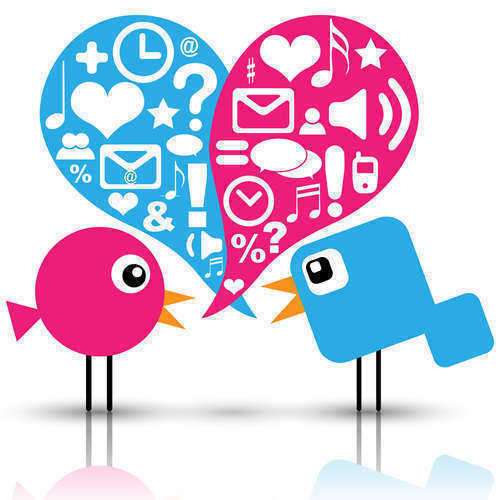 Not all material on Twitter has to be original.  In fact, of the over 100 million tweets sent on Twitter daily, a majority of them are actually re-tweets—copying something that someone else already said.  When you're new to Twitter, getting used to the etiquette and norms of re-tweeting can seem a bit daunting.  That's what this guide is for: helping marketing professionals understand when, how, and why to re-tweet and how to get the most out of copying and sharing the content of others.

Keep in mind that as a business, you shouldn't be spending all of your Twitter time re-tweeting.  People do want original content, and that means that you should make sure that at least half the posts you tweet are actually completely original.

Overusing re-tweets can often be a sign of a law firm marketing professional who is feeling too overworked to create their own content consistently.  If you are unable to make new content, consider devoting more time to your Twitter account.  In general, you should only consider a few posts a day to be worth re-tweeting.  If you re-tweet too often, it's one of the fastest ways to watch your number of followers decline day after day.  Very few people want to read a Twitter account that is just a list of re-tweets related more or less to the law.

#2: Watch Whose Tweets You're Re-Posting

If you see a great idea in a tweet, you may want to immediately retweet it.  However, this would be ignoring some vital aspects of business and reputation management today.  Before you decide you're going to re-post someone else's tweet, make sure you know who that someone else is.  Even a seemingly innocuous tweet can turn into a big scandal if it turns out that it was originally from someone who was, in some way, media poison.

If your re-tweets are coming from sources that could potentially be offensive, you may wonder what to do.  The right idea?  Forget that tweet and come up with something new.  There's no reason to offend people with your law firm Twitter account.  It's just not worth it—the risk vastly outweighs the reward.  Stick to re-tweeting from safe sources when you decide to re-post the content of others.

One of the most embarrassing things you can do on Twitter as a company is to re-tweet a post with factual information, only to find out that the facts were wrong and the tweet was a hoax or prank.  This kind of thing happens in the online world all the time today—Twitter rumors have started about topics from celebrity deaths to presidential conspiracies.  In order to avoid being caught up in a rumor that turns out to be false, make sure that you're verifying the facts before you press “enter” and re-tweet the information.

One of the best websites for doing a quick fact check online is snopes.com.  If something you see being tweeted sounds like it could be an urban legend or hoax, Snopes is one of the best places you can go on the web to see whether it's true or false.  The site includes thousands of popular hoaxes, and can give you reassurance before you re-tweet factual information.  Snopes will tell you nbot only whether your content is true or false, but also where it comes from.

Even if a tweet sounds like a great idea initially, there may be some flaws you hadn't thought of.  To avoid looking silly, consider that you may want to check on whether people have already been responding to a tweet in both its original and re-tweeted forms.  If it seems like the responses are limited to agreement and re-tweets, you're probably good to re-tweet the content yourself.  On the other hand, if you're seeing a lot of disagreement and controversy, you have to consider whether it's the kind of disagreement you want to foster on your own Twitter feed.

Giving yourself a mix of these kinds of re-tweets ensures that you keep the loyalty of your followers who aren't as well socially connected, while also giving you ways to re-tweet some of the biggest names in your field.

If you want to post a tweet to another social media website, like Facebook or LinkedIn, that's a great idea—ideas propagate across these networks today, and what starts on Twitter can easily end up on Youtube, LinkedIn, or anywhere else on the entire internet.  However, make sure that if you're posting re-tweets to another site, you're not doing it too often.  Once in a while is cross-pollination, but if people wanted to read re-tweet after re-tweet every day, they'd get their own Twitter account rather than reading your content on other social media sites instead.

When you notice that your own original content is being picked up and re-tweeted, you should consider starting to follow the people who are re-tweeting your content.  Often, re-tweeters who find your content interesting enough to share are exactly the kinds of people who make the best brand ambassadors.

By following re-tweeters and making some kind of direct Twitter contact with them, you can make sure that they continue to read your Twitter feed and interact with other members of Twitter in a way that makes your tweets get more exposure.